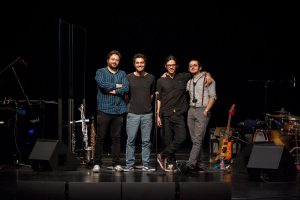 Release of the band’s third album

Station Three, the third album of the famous Iranian band Quartet Diminished has been released. Over the 10 years since its inception, the group has released only three albums all of which have been produced with meticulous passion. Aside from their fame and following among Iranian lovers of progressive jazz and rock music, Quartet Diminished has also gained a respectable audience at international level with performances  in France, Austria, Hungary, Italy, Turkey, Georgia and Slovenia over the years. Even more impressive, the Band was proud to compile their second album in France jointly with the collaboration of the Iranian producer Ramin Sadighi (Hermes Records) together with one of the world’s jazz and contemporary music legends, Manfred Eicher (ECM). 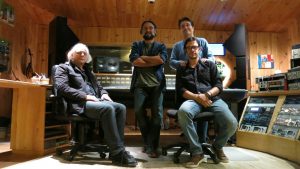 The recording of the Station Three album was completed just before the start of the COVID-19 outbreak in Tehran, and its editing and production stages were completed during the quarantine period. Hermes Music Publishing, which has joined the recent revival of Vinyl records for gramophones,  recently released this album in digital,  CD and Vinyl formats.

The Quartet Diminished Band was formed in late 2012 by Ehsan Seddigh. The Band’s music is based on both individual and collective creativity of its members and its format ranges from local rhythm to free compositions. They tend to create works that reflect their current view of world music. The Quartet Diminished weaves its path from 1970s music to local sounds, and from twentieth-century avant-garde music to contemporary jazz music and creates an audio experience through an improvisational art form.