Dr. Parag Khana is a leading global strategy advisor, world traveler, best-selling author, founder & Managing Partner of Future Map, a data and scenario based strategic advisory firm. Born in India, he grew up in the United Arab Emirates, New York, and Germany; he is an accomplished adventurer who has traveled to nearly 150 countries on all continents. He has been honored as a Young Global Leader of the World Economic Forum and has served on the WEF’s Global Future Council on Mobility, Global Agenda Council on Geo-economics, and advisory board of its Future of Urban Development Initiative.

Thank you so much for giving Trends this exclusive interview despite your busy schedule, we are very grateful. If you were to summarize the state of affairs in the world today, both in terms of geopolitics as well as economy, how would you describe it?

I believe the most appropriate word would be “transition.” Many people confuse transition with “disorder” or “chaos” or “un-governability.” That is not correct. Just because the future does not look like the past, it does not mean it is chaotic. Geopolitics has a clear multipolar structure today in which the US, EU, and China are the most decisive players. There are tensions among them, but there has been no major great power conflict in many decades.

The same is true of the world economy. Those three powers, plus Japan, are the most capable monetary players as well in terms of providing global liquidity. The world is awash in capital and looking for returns. We also have a synchronized convergence towards moderate growth and deceleration of global goods trade, but a continuous surge in the value of global services trade. So there is a transition from uni-polarity to multi-polarity, but as one would expect, there is a deepening sense of spheres of influence into which others do not excessively intrude. 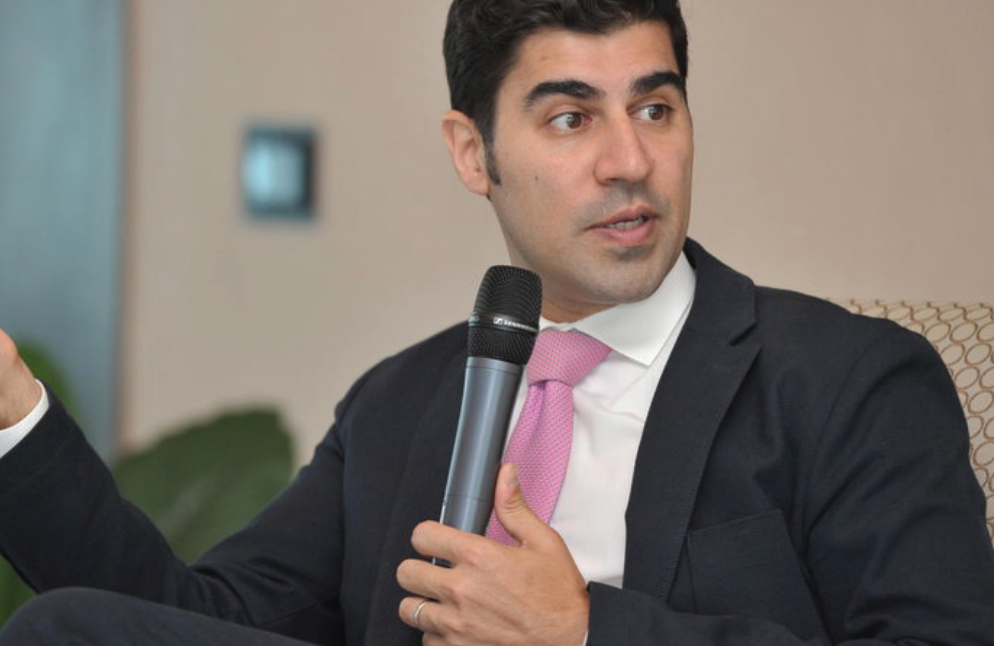 Related to the above, do you see any major emerging trends or patterns, for example, shifts in terms of growing economic and technological power of Asia at the US’s or even the EU’s cost?

First, on the economics. The rise of Asia has of course meant that the US and EU now control a smaller relative share of the global economy, but they are still the largest economic powers in the world. The same is true in terms of technological innovation. According to the Atlas of Economic Complexity, which measures how sophisticated an economy is, the US, Japan, Germany and others still rank well ahead of China. However, innovation lies in application and adaptation not just invention. So, in this respect, Asia is surging ahead because it has adapted the internet, social media, AI, robotics, and other technologies very rapidly. India and China both are heading towards universal identification and AI recognition. China is by far the world’s largest mobile payments market. To be “digital first” is crucial in terms of indicating future success, irrespective of today’s economic size.

Many observers are again talking about a worrying trend; a faster than ever growing gap between the rich and the poor, both internationally (among nations) as well as within individual nations. Are there any merits in these observations? How worried are you about it? Would it lead to more migration, unrest and perhaps conflicts in your opinion?

Ever since the global financial crisis of 2008, international inequality ceased to be the defining economic divide. Instead, domestic inequality is more severe. As a result, we no longer have “anti-globalization” protests but instead we have “Occupy Wall Street” and similar movements of the “99% against the 1%,” such as the Arab Spring and protests across Latin America today. All of these movements are against domestic inequality, poor public services and corruption. And indeed, they are the cause of much of the new international migration today as people are either forced from their homes due to political violence (as in Syria) or grow frustrated with stagnation and leave. On the whole, the world is actually demonstrating a shift towards more countries improving their governance capacity but these gains are mostly in Asia. In Africa and the Arab world and parts of South and West Asia, the combination of economic stagnation, political corruption and environmental decay will continue to push people away.

Many believe the US has once and for all lost credibility as a sober and relatively fair superpower, with what the Trump administration has been doing: getting out of international treaties such as climate change and the Iran Nuclear Deal, killing the prospect for a 2-state solution for the Israeli-Palestinian conflict, etc. What are your views on that?

In geopolitics we began to speak about a shift away from US uni-polarity as far back as the 1970s, not because of the Soviet Union or the rise of China, but because of the consolidation of the European Union! Now we have had 30 years of the post-Cold War era and clearly the world has multiple superpowers competing in what I called, in “The Second World,” a “geopolitical marketplace.”

The US is not alone as a monopolistic provider of global utilities and services such as finance, military protection, and technology. Europe, Russia, China, Japan, India, and others all compete with the US and each other to be a leading provider for their friends and allies. Thus, even if Trump had never been elected, we would still find ourselves in this geopolitical marketplace of competitive powers.

Of course, the combination of Bush’s failed Afghanistan and Iraq wars, Obama’s inability to restore American leadership and credibility in the Middle East and Asia (and on global trade), and now the Trump administration’s withdrawal from major treaties all compound the fact that the US is no longer a reliable global partner on key normative issues.

In my writings I have always emphasized that, in any case, Europe plays this role more actively on a day-to-day basis. 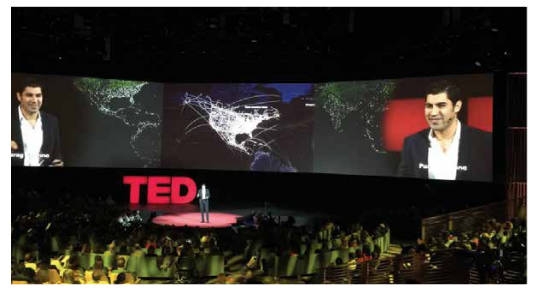 The US-China trade war, despite being instigated by President Trump, seems to have deeper roots with fundamental issues between the two economic superpowers. Many believe this is the beginning of a prolonged and perhaps dangerous power struggle. What do you think about such a notion?

I do not believe we are in a “G-2” world and the US-China trade relationship is in any case not the dominant axis of world trade. We have over-blown this “trade war.” Europe trades much more with Asia in general and China in particular than the US does. Furthermore, China now trades more with Southeast Asia (ASEAN) than it does with the US! So, clearly, we are in a Eurasian system when it comes to trade. The US is a much larger economy than its role in global trade, but this also means it has less leverage in trade negotiations than it thinks. Ultimately, we are heading for a Euro-Asian decoupling from North America in which Eurasia provides much of what it needs in terms of food, fuel, industry, finance, labor, and technology with little need for North America. So the future is again more about spheres of influence than a G-2 power struggle to be “number one.” There will not be a “number one.”

While your current country of residence, Singapore, is doing great, its regional rival, Hong Kong, seems to be getting deeper into chaos and uncertainty with no solution on the horizon. With China not willing to loosen its grip and demonstrators not budging on their demands, what would be, if any, a solution to this dilemma?

Hong Kong will unfortunately not return to the status quo ante, but it has benefited economically from integration with the rest of the Greater Bay Area into which it has channeled investment, and whose companies have been listed on the Hong Kong Stock Exchange. So if we look beneath the political tension, there is the possibility of peaceful co-existence and gradual integration. Naturally, the Hong Kong people deserve to have local autonomy given their colonial history and democratic system, but that is within the context of the fact that it has been for more than two decades part of China

You are among the very few high-profile foreigners who visited Iran before the return of the US sanctions. Please tell us about your overall experience. How did you assess the political and economic climate in Iran as well as its potential in the region?

I was amazed by Iran’s vibrant society, commercial dynamism, and social cohesion. Iran is a truly deep civilization and one feels it at every moment. Its cultural and artistic accomplishments and the visibility of women across the educational system struck me as well. Iran also has incredible demographic and geographic potential given its population size and location at the heart of the Eurasian Silk Roads. I believe there is a pathway to reconciliation with Arab neighbors in terms of creating a regional security management mechanism, and also perhaps with the US on the nuclear program and sanctions, but it has to be handled in a more technocratic and apolitical fashion with a long-term vision in mind that is mutually beneficial. I am very keen to come back!

Many believe that Dubai is losing its appeal to investors and even traders due to increasing costs of doing business, VAT, ongoing economic recession, etc. How worried are you about Dubai?

After four decades of breakneck population growth, there are new challenges now in light of the over-capacity in the real estate market and rising costs of doing business. There is also the continued geopolitical anxiety, tensions within the GCC that hurt Dubai as Qatari investors were forced out, and even longer-term issues, such as climate change and its impact on livability in the region. Dubai persists, however, as a model of city-state governance and economic diversification that serves the region very well. Its dynamism is also based on this relative advantage in that it is still a far more livable place than much of the rest of the region, so it will continue to attract talent. So I do believe that it will recover, continue to expand its business model and remain attractive. 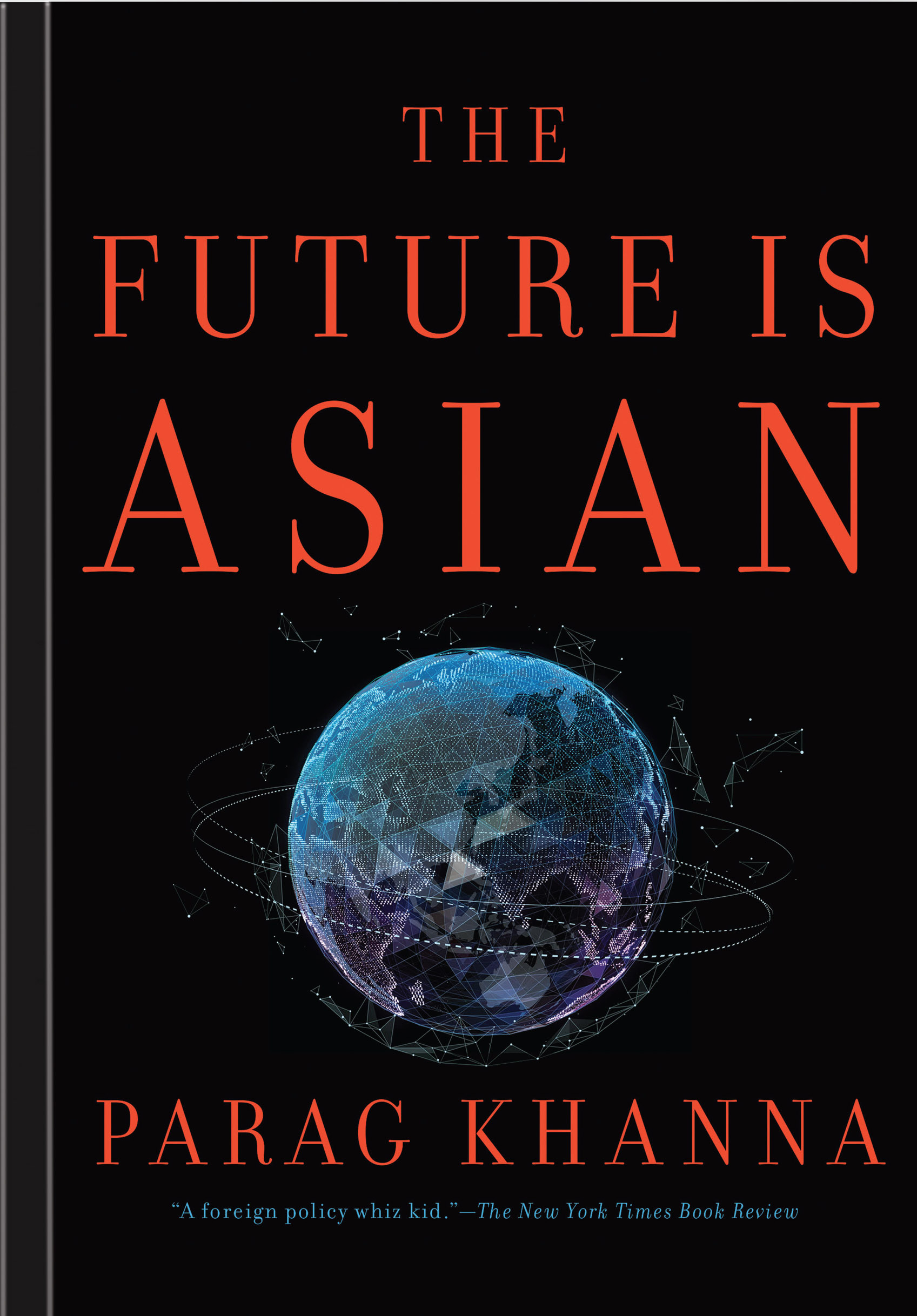 Your books are quite popular all over the world, in political, academic and business circles. Is there a particular one that you are really proud of and consider your best one, with the most proprietary idea(s)?

I had the most fun writing “The Second World” because it allowed me to travel for almost three years non-stop to about forty countries. I cherish that experience. But “Connectography” is the book that presents a uniquely new paradigm for understanding the foundations of global society through the lens of connective infrastructures. I am certain this thesis about globalization will stand the test of time, and that connectivity is the true source of power and influence in the 21st century. It was my most massive intellectual effort and I don’t think I need to compete with myself to outdo it!

I am focused on the diverse and highly engaging clients of my company Future Map, in which my partners and I use big data and scenario planning to help with corporate and government strategy. We are multi-disciplinary master planners. I am also writing a new book about the emerging global war for talent and the future of global migration in light of economic, technological, political, and environmental disruptions.

You changed your country of residence from the US to Singapore. Why, was it for career/financial reasons or quality of life?

Singapore is the city I have long called the “capital of Asia” and after five years it certainly has proven to be the case more than ever. It is not only a tropical urban paradise in its own right, providing good governance, safety, high-quality education and public services, and so forth, but also the perfect base for my weekly travels all across Eurasia from the UK to Dubai to Australia to Japan.