The artist freezes and crystallizes a moment in time that captures the vaporous natural forms and fleeting symbols of the world before they dissolve into ether.

Aryanpour’s practice is preoccupied with the exploration of painterly and sculptural abstraction and the relationship between humans and their natural environment.

As he explains, “I have always tried to find the romance and poetry in shapes and colours and explore their properties.” 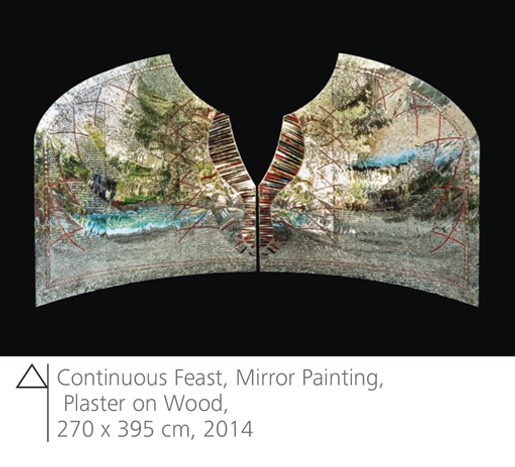 The artist questions the philosophical and artistic ideals of finitude and perfection by deconstructing reality and emphasizing the inherent gaps in human perception. For the artist, nothing is ever complete; reality is in a constant and never-ending state of flux and evolution. His artworks are therefore “accidental events,” dynamic creations subject to change.

Aryanpour’s mirror sculptures explore this sense of fluidity and instability.

The tradition of mirrorworks (ayeneh-kari) in Iran takes its roots in the ceilings of Iranian mosques, which are often covered in highly elaborate mirror mosaics, representing the heavens and the worship of God. 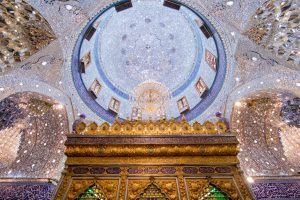 While the artist also uses the traditional craftsmanship of ayeneh-kari to create his contemporary artworks, he is the first Iranian artist who has chosen to use the medium to depict non-religious concepts.

By replacing the sacred with the profane, for example through his use of the human body as a subject matter, Aryanpour’s sculptures contradict and subvert the original notion of ayeneh-kari.

Pooya Aryanpour grew up in Tehran in a family of academics. His father is an emblematic figure of Iran’s intellectual sphere and a pioneer in adapting modern social sciences to the Iranian context in the 1960s. 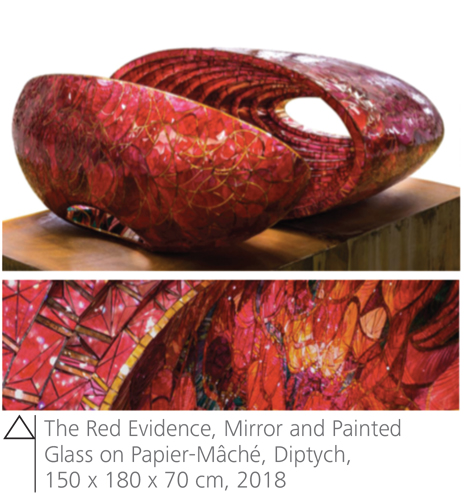 The artist experienced an unusual upbringing and was home schooled from childhood in order to learn about life and art through freedom and self-discovery.

His upbringing is reflected in his artworks, which aim to search for “truth by deconstruction at the visible.” Aryanpour’s work draws its conceptual roots in Jacques Derrida’s theory of “Deconstructivism,” which his father helped introduce to the Iranian academia and which shaped the artist’s philosophical and artistic vision.

Aryanpour participated in more than 30 group exhibitions since 1990 in Iran, Turkey, Dubai, UK, USA, France, Switzerland, Kuwait, etc. He also had his solo exhibitions in Iran, Sweden, Dubai as well as the UK.

Besides his exhibitions he has been a university professor since 1996 and a freelance multimedia artist. Moreover, Aryanpour directed more than ten documentaries since 2001.

He started directing with Farideh Lashai in 2001 and his last work was “Jury of Insomnia”  in 2016.