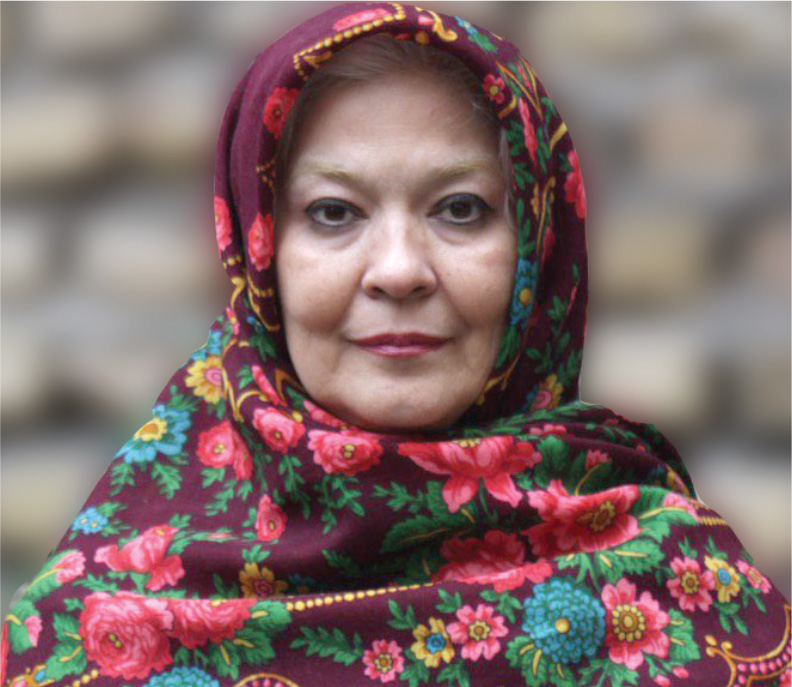 Afsaneh Shojaei has travelled Iran to research native Iranian attire. Soon after, she acquired a studio to make and sell clothes which led to the opening of a few private galleries ranging from London to Dubai. She also has a small, private collection of antique clothes she collected out of passion − not to sell − all kept on display, similar to a small museum, in her house. As a designer, she has two fashion lines for sale. One line is completely modern, abiding by current worldwide trends, and the second is a fusion between traditional and modern clothes with Iranian elements. For the second line, Shojaei sets out to buy handmade pieces of fabric from Iranian villages of different heritages, such as Baluch, and uses these in her designs. She also uses her knowledge of field research at each place she visits to learn about the people, their culture and native clothing. One of the highlights of her career is the revival of Kalat clothing.

Khorasan consists of different tribes, each with different ancestral backgrounds, such as Kurds. One of the most special and well-known garments from Khorasan is that of the Kurds, which is from the Kalat-E Naderi region, known as “Layeen Kurdish clothes.” 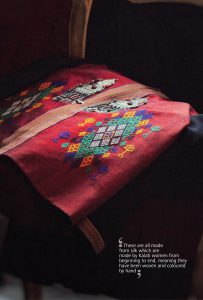 Kalat clothes from North Khorasan are worn by Kalati people during various ceremonies and events.

The upper section of the garment is hand-embroidered from locally-made strips of fabric called “Madakhel.” The skirt uses 6 meters of fabric (or more) and resembles pants, the tunic comes over the skirt and is specially embroidered, the coat has a paisley pattern on it and the vest has coins sewn onto it. Each of these can differ from garment to garment based on financial status, family, type of fabric and the coins.

These are all made from silk which are made by Kalati women from beginning to end, meaning they have been woven and coloured by hand.

Shojaei’s Kalat line is lighter, more practical and made completely out of pure silk, the same silk that is made in Kalat. It is easy to wear, wherever and by whomever.

There is a difficulty in keeping traditional clothes alive, partly because they are simply so outdated that they’ve practically become extinct, but also because they are both expensive and heavy to wear. For these reasons, Shojaei has aimed to make traditional clothes more appealing to the modern day consumer, preserving both the memory of the clothes and the various elements in Iranian clothes.

The pieces she chose to revive reflect her personal preferences. The Kalat clothing she has revived are both light and easy to wear; her customers can wear it at any time and place with ease.