That Pinnacle of Luxury-The Mystery of Caviar

Melika Zarrinkar is an accomplished Business Development professional with hands-on experience in the hospitality industry, having graduated from Institut Supérieur de la Gestion Hôtelière (ISGH) of Namur, Belgium in Hotel Management. Zarrinkar is a “Master” in the international Caviar industry and has worked for major global caviar producers. Her experience in the industry has given her the benefit of detailed insight in the life cycle of caviar production from farming and processing all the way to branding and marketing. Zarrinkar had a complete change of career in 2020, and with a new focus on the energy industry, she is currently an independent consultant in that sector.

About Sturgeon
A member of a species as old as the dinosaurs, the sturgeon already existed over 200 million years ago. The sturgeon family is among the only fish that is naturally flexible in its environment: It can live in saltwater as well as in fresh water. There are 27 different species of the sturgeon but only a few are famous for their caviar. The appellation of “caviar” is attributed to eggs from the sturgeon family and each category of caviar is graded by quality and has a commercial name which matches the scientific name of the fish. For example, on a container of Beluga caviar, one should also see mention of Huso Huso which is the species of sturgeon associated with that type of egg. 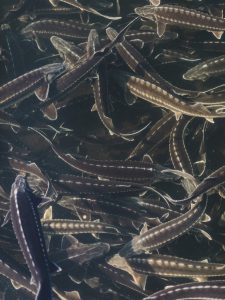 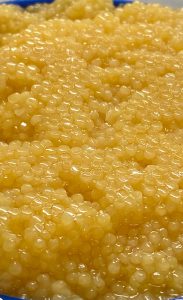 The Caspian Sea
When we talk about caviar, the first location that comes to mind is the Caspian Sea in northern Iran. Although the Caspian Sea is shared among five neighboring countries, in years past, it was mainly the Iranian caviar that was renowned for its taste and its unique quality. This was because the Caspian coastal line bordering Iran was deeper, cleaner and the catch was done in river estuaries. 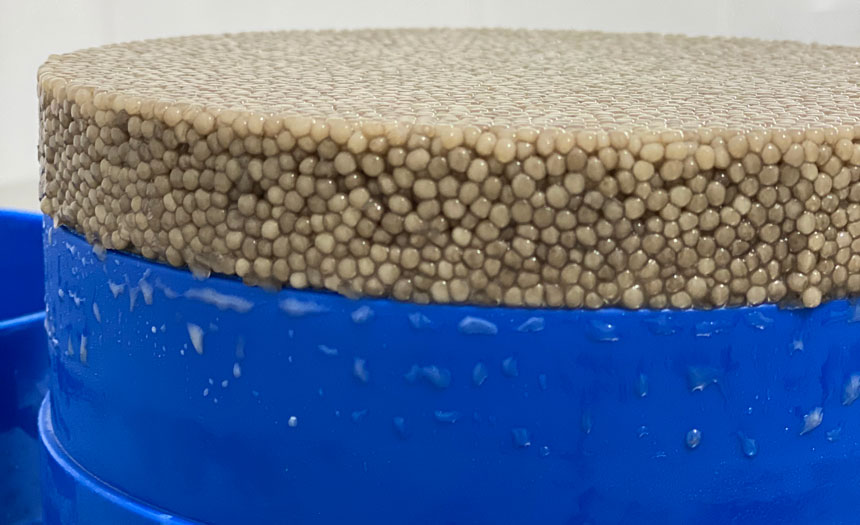 Convention on International Trade in Endangered Species (CITES)
In 1997, the Convention on International Trade in Endangered Species (CITES), which is responsible for protecting endangered species, listed all sturgeon species in appendix 2 of the convention rules. Since that date, any trade of caviar and sturgeon meat has been conducted under CITES rules. But as the number of sturgeons plummeted in the wild, CITES announced a permanent fishing ban in 2010.
Long before the sturgeon became a protected species by CITES, many sturgeon fish hatcheries and farms existed to cater to the high demand for both caviar and the fish meat. But as supply was limited, the prices of both products were driven to very high levels. As such, the market had seen the emergence of aquaculture around the globe, which later turned into the only source of product once the stricter ban on wild fishing was introduced. 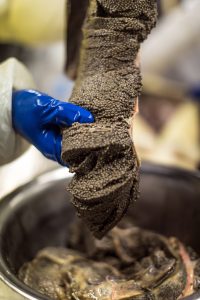 Several factors are paramount for achieving the real taste of this product as well as its best visual appearance. Sturgeon can be farmed in different systems of farming from open system to totally closed recycle system.
The water
In general, the water is channelled from nearby mountains to recreate a natural ecosystem for fish. The temperature of the water should be preferably between 14 to 22 Centigrade and it should be constantly recycled and monitored. In Iran, these sturgeon farms are mostly located by Caspian Sea coastline and benefit from sea water. Water is the most important element in sturgeon farming, and a drop of any pollutant in a large quantity of water can affect the taste of the end product.
Age
The maturation cycle of each species must be respected. Patience is the key for successful sturgeon farmers as they must wait until maturation is completed before starting the processing of farming eggs for final delivery as what the consumer knows as caviar. It is important to note that this maturation period varies according to the species of the sturgeon.
The food
When farmed, sturgeon is fed with the pellets made of animal proteins of marine origin, vitamins and minerals.

Why caviar has its own price?
The age of maturation of the species is the determining factor in the price of caviar, and after that other factor like supply and demand and branding come into play. Beluga caviar from the Huso Huso species is usually the most expensive on the market, and this is because the age of maturation of the Huso Huso is between 12 and 18 years. One can compare that to 8 to 12 years of maturation for Oscietra caviar (“Gueldenstaedtii species”) or 4 to 7 years for Baerii caviar (“Baerii species”). Climate and water temperature are the two factors which influence the speed of the maturation.

White caviar or “almas” (“diamond” in Persian)
Almas “white, goldish, greyish” caviar could come from any species of sturgeon whose eggs are albino. This genetic mutation being very rare, it sometimes goes unrecognized. Aside from its unique colour, this caviar is exactly like any other caviar. And the higher price of it is only for its colour.
Culture and general information about caviar
• Today caviar brands on the market do not all necessarily have their own farm. Caviar is packaged under different brands at larger sturgeon farms which handle large quantities of surgeon eggs.
• The origin of the caviar is always mentioned at the back of the container. (e.g.: Country of origin: IR (as in Iran))
• Imperial Gold caviar is a Hybrid caviar: It is Acipencer schrenkii and Huso dauricus species of sturgeon eggs. This caviar comes from Amur River on the border of China and Russia and is very popular on the European market.
• There are many high-quality sturgeon breeding farms all over Europe (Italy, Poland, France, Germany, Belgium, …), and on other continents. 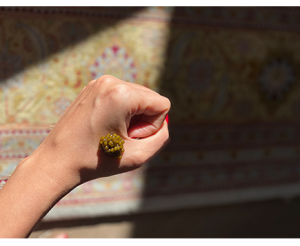 Summary of characteristics of the 3 main caviars
The Beluga caviar is slightly iodized, buttery, melting in texture and generally has the largest grains. The color of the grain is light gray to dark gray with a golden reflection from time to time.
Oscietre caviar has a nutty flavor, and the grains have a firm texture rolling between the palate and the tongue. The grains of the Oscietre are medium-sized and are golden green in color.
The Baerii caviar has a texture that is firm and fragile at the same time. With a hazelnut flavour, the Baerii has the smallest grains compared to the other two types of caviar.
Some Facts:
• Caviar has a high nutritional density. It is rich in essential fatty acids, and it is a good source of vitamins D and B12. It also provides proteins, essential minerals and antioxidants (iodine, iron, selenium and magnesium).
• The meat of Sturgeon fish has many fans and is considered one of the most delicious fish by many avid epicures.
• Each box of caviar sold in the world must be traceable and must have a CITES code which is usually found under the box.
• Best temperature to keep caviar is -2 to +2 Centigrade.
• 10% of the total weight of a female sturgeon is usually its eggs.
• Sturgeon aquaculture expertise and know-how has advanced significantly over the past two decades.
Sturgeon fish have a long maturation process. As such, sturgeon farming requires a large initial investment and has high operational costs. Proper health management of the fish is essential for successful caviar production and for achieving the right caviar quality and quantity.