Ali Tasdighi who is born in 1983, began his career in the movie industry in 2007 as an assistant for visual effects at the Avaye Nafas studio belonging to Pejman Bazeghi and Mastaneh Mohajer.

For the next 4 years Tasdighi worked as an assistant to Hadish Shamloo, and later became a visual effects designer. In 2014, as the majority of films were digitalized and the need for digital color correction for films and DCP (Digital Cinema Package) rapidly grew, Tasdighi set up a digital laboratory with Farhad Ghadimi under the name of Seera Studio to do color correction and to provide technical support and final technical output for film, in addition to visual effects. 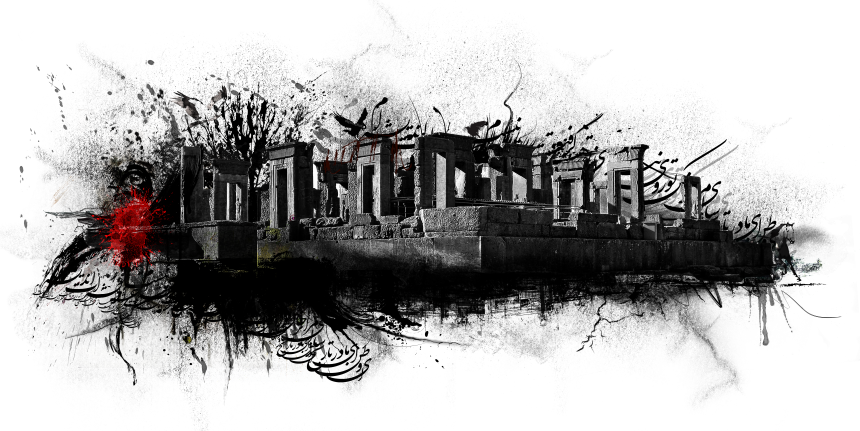 What is your work in the film industry and how do you define visual effects?

Visual effects include computer work performed on films after production. Visual effects are a set of tasks that cannot be done in the real world and on the filming set. They may not be cost-effective for example, as when in a scene a high model car explodes, and visual effects are used for financial or practical reasons. Imagine if a character in a movie is shown in a car as it explodes. This is obviously not possible to do in real life on a movie set and this is where visual effects come not play.
Hollywood movies like Transformers or Justice League and Godzilla vs. Kong are not possible in the real world. Certainly, for many reasons, Iranian film industry, like some of its counterparts in Europe, does not make full use of the breadth and complexity of visual effects in terms of genre and subject matter.

What courses have you taken to become a visual effect designer?

At the beginning, I was a student of my dear mentor Hadish Shamloo, but after he passed away in 2011, I self-trained on the Internet and with educational videos, which was not easy to access at that time. So sometimes I just had to go through trial and error phases. I have to say that almost everything I have learned since the beginning has been from the Internet and through distance learning and the virtual world.

Do you work in other fields of art?

Yes, not professionally but I also do photography and painting, sometimes carpentry. For example, I made most of my office and home furniture and artwork myself. I also do a special style of combining digital and acrylic painting, in which I first photograph the subject, then digitally paint on it with a computer, then print the picture on canvas and finally paint on the printed canvas with acrylic. I have recently entered the world of NFT (Non-Fungible Tokens) ART, which converts my digital paintings into tokens at digital auctions and sells them.

Where should people who are interested in visual effects start?

There are classes and schools for training in this professional field, but I really do not know what their quality and educational standards are. One definitely needs guidance, and I suggest those interested in this field choose reputable online classes and workshops and try to learn from watching the instructional videos that are available on the Internet. The Internet is a great educational resource. You just need to learn how to get the best use from different online resources. 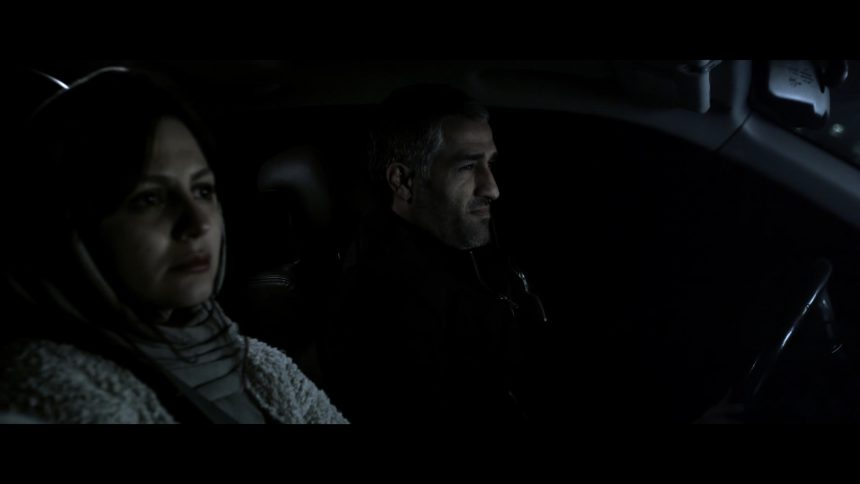 How many film projects have you worked on?

I have worked as a visual effects designer and colorist in more than 50 movies and 20 series and I am proud to have worked with prominent directors such as Masoud Kimiaei, Tahmineh Milani, Parviz Shahbazi, Kambozia Partovi, Farzad Motamen, Alireza Amini, etc.Name the best Iranian film in which visual effects played a significant role in your opinion. I really liked the visual effects of “A Hairy Tale” (Maskhare baz) movie written and directed by Amir Homayoun Ghanizadeh and starring the one and only Ali Nassirian, with Reza Kianian, Hedieh Tehrani and Saber Abar. This movie also won the 2019 Fajr Film Festival prize for visual effects by Javad Matouri.

Where and with what film did you enter the world of directing?

In 2019, I made my first short film called “Tardid” starring Pejman Jamshidi and that was when and how I entered the world of filmmaking. Tardid was nominated for various prestigious festivals. I made my first feature film called &quot;13 years old” the following year, and that film is produced by Farhad Ghadimi and is still going through post-production stages. My close friends Ali Sartipi, Jamal Sadatian, Hossein Farahbakhsh, Mehran Modiri, Alireza Amini, Soroush Sehat, Mani Baghbani, and a few others who saw the film in its rough cut stage gave me a lot of positive feedback. They all loved the film and thought it was better than my first film. This positive reaction of people whose opinion I value encouraged me to start a new work whose script has been completed and we are already in the pre-production stage.

In your opinion, what is the reason for the brilliance of Iranian cinema in the international arena in recent years?

With the help of great people such as Abbas Kiarostami, Bahram Beyzai, Sohrab Shahid-Saless, Amir Naderi, Majid Majidi, Asghar Farhadi, etc., Iranian cinema was able to demonstrate its potential in prestigious international festivals.
These experts of the movie industry understood the language of film and were able to make the most of the indigenous and colorful culture of Iran and showcase it to the world in the best way with the language of cinema. 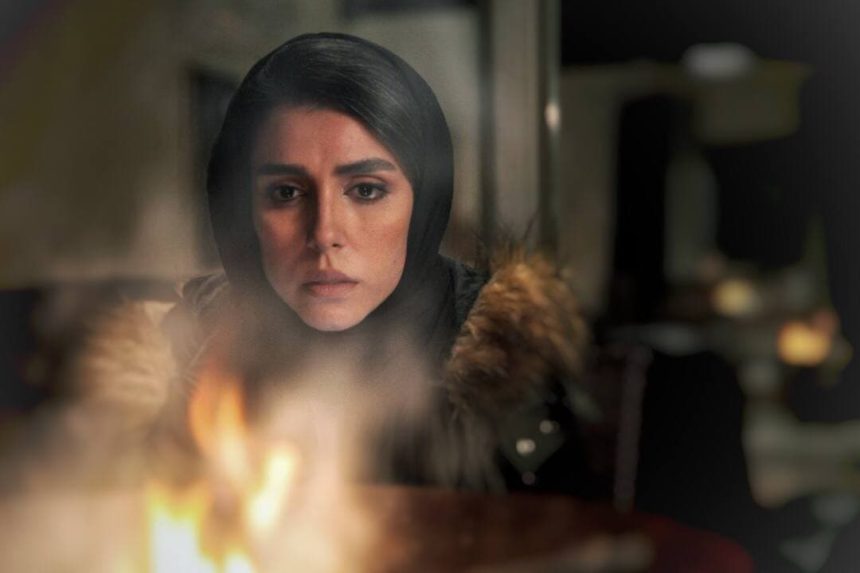 What is the position of Iranian film industry in comparison with world cinemas as far as visual effects?

Iranian cinema and of course many other parts of the world are very different from Hollywood. In Iran and even Europe and many developed countries in the field of film production, facilities and capabilities are not comparable to Hollywood, in terms of hardware, manpower and maybe even in terms of the expertise of people who have not yet worked with the big visual effects projects. Consider for example the movie Transformers: the ligaments of the characters in the movie are made in 3D, and may have been formed by putting more than a thousand pieces of metal together.
If a team of 10 people in Iran want to only make these 3D parts, it will take them more than 3 months to model the parts of each of the ligaments. Now consider several ligaments, 3D scenes, animation, rendering, composite and so on, and such a film with our ability will take years. Or as another example, rendering a frame of a King Kong movie with our facilities may take more than 1 month. That means 1 second of a movie like King Kong will take 2 years to create. So we have a long way to go to reach that capability and output.

What has been the effect of Covid-19 on Iranian and world film industry?

Undoubtedly, the pandemic, like other professions and businesses, had a huge influence on this industry. Closure of theatres sent people involved in movies home. But at the same time, the advent of VODs (Video on Demand) gave new life to the industry. Today number of viewers of streaming networks such as Netflix in the outside world and companies such as Namava and Filimo in Iran, have grown exponentially and in a way they have saved the film industry. In Iran people love going to the movies and there is traditionally a healthy market for films. For example, in today’s money, the Eagles movie (a 1984 Iranian film) sold over 258 billion Tomans, and the Kani-Manga movie raked in about 179 billion Tomans.

How do you see the outlook of this field?

In Hollywood today, movies are made with unreal characters and you can hardly tell if they are real or fake, thanks to visual effects. It may not be out of the question that in the future all feature films will be made in small studios and even without an actor. 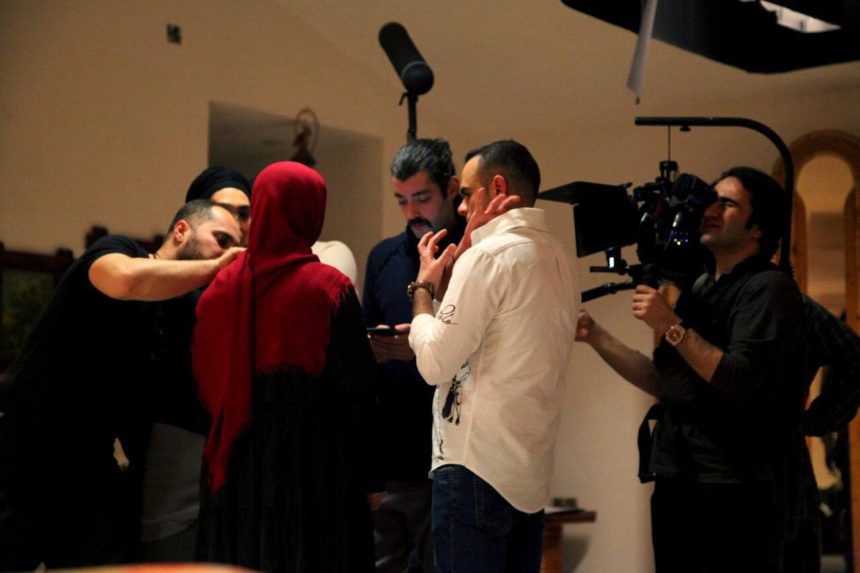