Arefe Arad was born in 1983 in Sari, Iran, and is a painting graduate of Art and Architecture School at Azad University of Tehran. Arad started sculpting in a classroom environment in 2009 with an emphasis on classical sculptures. At the beginning she experimented with different materials, but soon Arad turned to soft fabrics and materials that better served the implementation of her ideas and concepts. 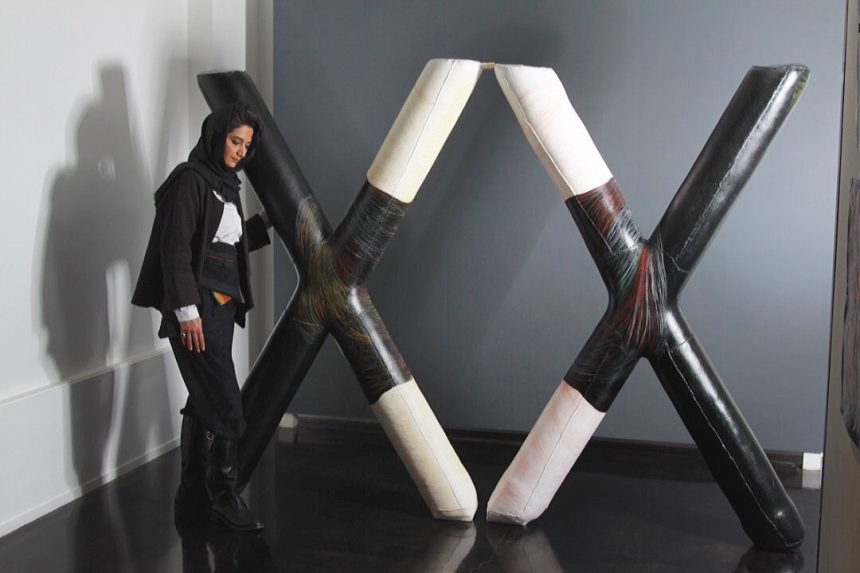 Arad’s first collection of cloth sculptures were a number of small forms narrating the concepts of gender and gender identity, as well as violence and power. In terms of structure, they were made of pieces stuck together with irregular stitches. Although this first collection remained private and was never shown in public, it led to Arad’s first solo exhibition at the Etemad Art Gallery in January 2016 in Tehran.
The Etemad Art Gallery exhibition was titled “Bi Mari” and included several large sculptures and arrangements. As the title of the exhibition implied, the collection included bodies that transcended the natural definitions of femininity and masculinity, with an ambiguous state of being between a man and a woman and caught in an identity confusion. These unconventional, ripped and patched “bodies” represented the grim attempt of trying to bring out a new identity, a narrative of a condition where subjects experience uncertainty and suffering and watch themselves collapse.

For Arad everything is a source of inspiration, including the universe, simple words and basic concepts. She composes her ideas by writing and designing them on paper at first, and then cultivates them by searching and studying visual sources, all the while tweaking her sketches and slowly making decisions about the best material to use for a piece. Due to the oversized dimensions and minute details of her artwork, the process of making each piece is very long.
Arad’s last exhibition was called “To Live” and was held at E1 Art Gallery in February 2021. The collection included large sculptures and arrangements, and it was a return to the original elements of concepts, words, human condition, disease, etc. The composition of chromosomes that contain human genes are narrated in that collection in a context that represents the unconventional reality: the genes have departed from their normal form and have disrupted their structure by creating abnormalities. 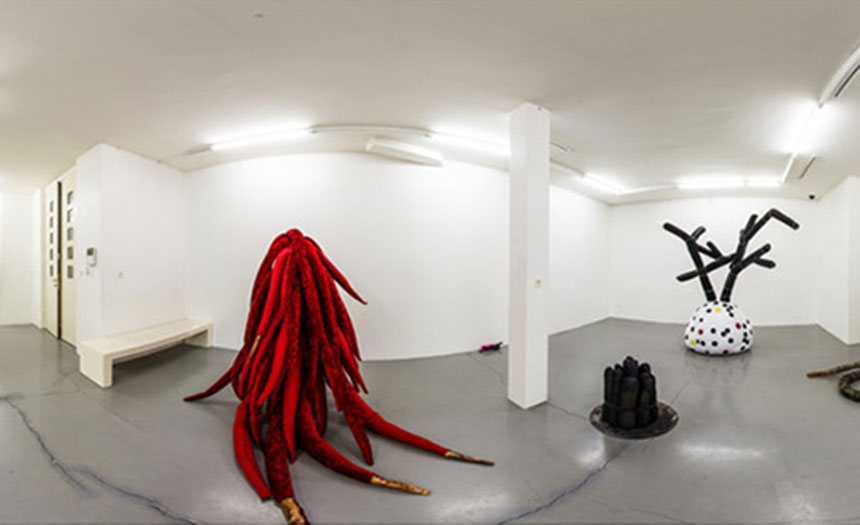 Arad has grand ideas for her artwork, and she gravitates toward creating art that completely fills out a space. She is passionate about her sculptures and hopes that artists like her who create large-sized artwork are supported by being provided appropriate platforms for display of their work which happen to be larger than average.