Kevin Wen graduated from Tianjin University in 2001, then worked for Huawei and Harbour Networks in telecommunication system software programming, and holds several telecommunication patents. He then transferred to work in the marketing department and became one of the pioneers to develop overseas telecom markets and manage strategic cooperation with European companies. After 2008, Wen started his own business Silk-road LinkedNet Technologies Limited, which delivers end to-end VoIP solutions, WiFi commercial operation solutions, Instant Messenger and Social Networking platforms.

Please tell us, in plain language, what blockchain technology is all about and what current and future applications it may have in various sectors, from banking and finance to industry.

Blockchain is about information technology maintenance, a process to support the operational life cycle of business dealings. Blockchain keeps a ledger of all transaction records openly, consistently, and autonomously for all users. Current banking systems maintain transaction records, but the traditional system is complicated and not autonomous. The design of the conventional banking system is based on a hierarchical organization and can possibly be manipulated. Blockchain, however, introduces peer-to-peer technologies and autonomous mechanisms which run without intervention and manipulation.

What about cryptocurrency? How are cryptocurrencies, such as Bitcoin, mined and used? Who uses them (individuals, companies, etc.) and why? Why is Bitcoin by far the most utilized form of cryptocurrency?

Cryptocurrency is the one of the greatest utilization of blockchain technologies. The unit value for each transaction is recorded inside a virtual “block” and is formulated by cryptography mathematics. This is the reason it is called cryptocurrency. Bitcoin is one of the first applications of blockchain. There are currently a total of 21 million Bitcoins available by a pre-defined rule, and the creation of Bitcoin is based on successfully carrying out operations of a node.

This node is basically a device such as a computer that contains a copy of the transaction history of the blockchain, and facilitates waiting transactions, organizing them into block format and linking them in a chain. The created Bitcoins are rewarded to the node that completes these tasks. A new block is created and linked into a chain every 10 minutes, meaning Bitcoins increase over time, until all 21 million Bitcoins are rewarded, and no more new Bitcoins can be created. The operation of each node is called “Bitcoin Mining,” and because Bitcoin has a defined value, more and more nodes join in. At any moment, there is only one node to link the block into a chain, so there’s a mechanism for Bitcoin blockchain that enables each node to compete to win the permission to link the block into that chain.

This competition mechanism is based on Hash calculation: the higher the speed of calculation, the more chance to win permission. When more and more users accept the value of Bitcoin blockchain to transfer assets, and exchange Bitcoin into fiat currencies, Bitcoin assumes a real price. Benefits include its fast peer-to-peer, no-manipulation payment capacity and the fact that the value increases as the user base broadens. The size of nodes and the number of users who use blockchain technologies are key to blockchain’s success. Bitcoin is the first blockchain in the world, and has the largest user base, making it the most significant application of blockchain. 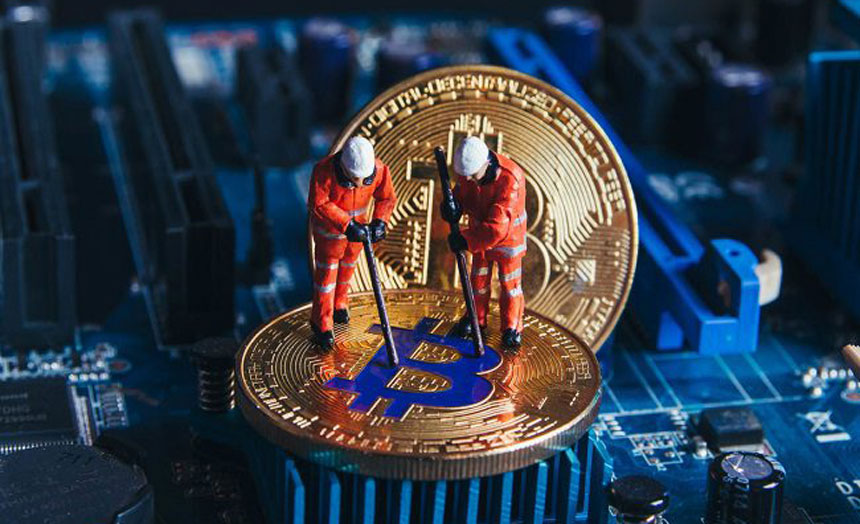 How are cryptocurrencies priced? What are the risks of trading such currencies when prices fluctuate so much? What is the guarantee that the prices won’t fall so much as to render a currency worthless?

The price of cryptocurrencies is established by the user’s willingness to buy and sell. It is openly negotiated between buyers and sellers and is ultimately determined by the market. Since cryptocurrency is the capitalization of blockchain technologies, the price relies on the blockchain value. When taking cryptocurrency as an asset into consideration, fluctuation of prices by manipulation of individuals looking to make a short-term profit is unavoidable. In general, if a cryptocurrency player is not familiar with the process of pricing and value of the currency, they should either familiarize themselves with the workings of cryptocurrency and take extra care when investing, or invest via professional asset management companies. This is very similar to stock and foreign currencies markets.

China is said to be announcing its own digital currency soon. Will it be adopted inside and outside of China in the way Bitcoin has been? What is it backed by and what are the differences between national digital currencies and global cryptocurrencies like Bitcoin?

Yes, this Chinese digital currency will be offered and used both inside and outside of the country. National digital currency is a new type of currency that mainly uses blockchain technologies as a new way to create and distribute currency. These blockchain transactions are even more secure, faster, and more cost-efficient because they are backed by the central bank making the capitalization different from that of Bitcoin which is fully autonomous.

Does 5G technology and its adoption have anything to do with blockchain and cryptocurrency?

These technologies are not interconnected. However, the 5G operation’s business model can perhaps learn from blockchain and cryptocurrency.

Mining has caused much commotion globally due to its high electricity consumption. You have been among the pioneers in Bitcoin mining; how do you see its future? What are the challenges and opportunities of Bitcoin mining?

Because of the increasing total value of cryptocurrencies globally, more entities have begun mining. The increase in price causes a surge in competition and the number of transactions which in turn raises the demand for electricity. The reason behind the rapid growth of the exchange rate of cryptocurrencies is the fast growth of transactions. The replacement of traditional transactions with blockchain-based transactions is an unstoppable trend. It is best to utilize this technology and reap its benefits before the market becomes oversaturated.

How can a country benefit from blockchain technology and mining without harming its other industries? Can mining be used for financing industrial projects and operations?

With regard to blockchain technology, all countries around the world have acknowledged the fact that using this technology in transactions will improve their industries by eliminating a need for middlemen and facilitating faster and more secure transactions. Mining is only one of the applications of blockchain that uses proof of work, or PoW, consensus mechanism, in which one party proves to others that a certain amount of computational effort has been expended for some purpose, and that the value of which is universally agreed upon, like gold value or fiat currency. If cryptocurrency is accepted as digital gold, it can certainly be used for financing industrial projects.

What are the key factors to consider when establishing a cryptocurrency mining farm?

cryptocurrency mining costs include computer equipment, electricity, internet broadband, costs associated with a business facility, and human resources. But the main costs are computer equipment and electricity. The miner market is mature worldwide, with most of the production of miners taking place in China. After ordering from a reliable supplier, the other main factor to consider is the electricity cost. Since a mining farm is a data center and a heavy asset investment project, legal permission from the respective government is another key factor. In order to provide a reliable supply of machines, maintenance, and operation training, a trusted platform has been organized. This measure has been taken to simplify the process and to allow investors to more easily join the mining farm business.