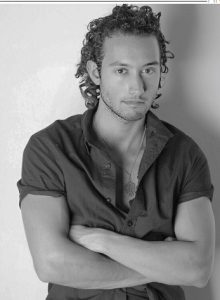 Danyal Barzegar is a visual artist born in Tehran, Iran. He started painting at an early age and currently lives and works in Tehran where he is also studying at the College of Fine Arts in the University of Tehran. During the past couple of years, abstract art has been his sole focus, with the fine intricacies and details of the genre fascinating him. He has always been interested in the power of images and how they affect individuals. In 2014, he began creating collages that explore the deep realms of human nature. In this regard, he was immensely inspired by David Lynch; as he puts it, “The character and works of Lynch, the ways he cultivates imagination and illustrations, developing a masterpiece, etc., has greatly influenced me.” In his recent painting “untitled” (2019), a visage emerges from a knot of pale, rich lines, and abstract shapes that visualize an imaginary world and the relationship between a personal object and visionary thoughts. “The object appears differently; it seems to be relating a different aspect of the narrative.

I created some collages, drawing from different patterns that often ended up as large paintings.” Some areas of his canvas are left raw and are so depleted of paint despite areas of strong darkness. For him “darkness” represents the artistic vision of cosmic infinity. He applies numerous subsequent layers in painted form against a deep blue background, allowing the whole composition to carry the viewer through the picture. Furthermore, his intense interest in music has significantly influenced his works. He notes that “instrumental and everyday sounds and alternative music play a crucial role in my creative and imaginative process during artistic endeavors, and as such, I think music can be a truly powerful tool.” 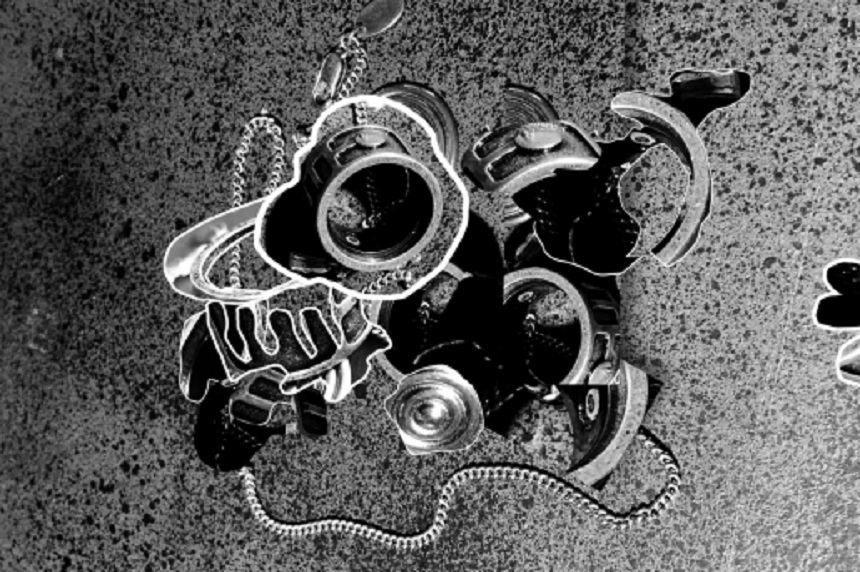 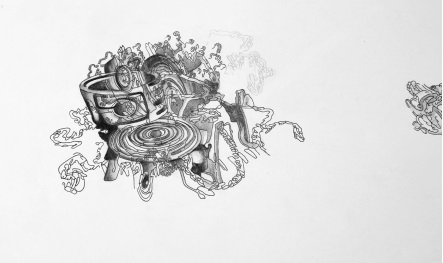 Travels abroad and field observations have also impacted his works. Barzegar has had the opportunity to accompany his father, a political columnist and professor of international relations and politics, on several trips abroad, including to London, Moscow, Beijing, Paris, Boston, Prague, Vienna, Rome, Barcelona, and Bucharest. “These trips were indeed beneficial in strengthening my field understanding of true Western and Oriental arts.” By seeing the diversity of colors, imaginations and illustrations, he realized how much the history of nations and their ups and downs could shape, influence, and develop local artistic visions. “I met many artists and visited several museums abroad that changed my artistic philosophy and viewpoint. Ever since, my mind has been occupied with how to initiate my own Iranian style in the vast cosmos of the artistic world.”