Diving Deep into the Realm of Social Media

Ensieh Afzali is an education expert and has a Master of Psychology degree. She has built her career as a schema therapist for cognitive behavior and as a Myers-Briggs Type Indicator (MBTI) practitioner.

With the fast-growing connectivity comes the addiction to our mobile phones and toxicity of social media. How is all of that affecting us? Mentally and physically?

Use of the internet and cyberspace and such has increased in today’s world and this phenomenon has contributed to an increase in communication and interaction among people. Admittedly there are many positive aspects to this virtual world, but its incorrect and insidious use creates challenging side effects most common of which is internet addiction. This addiction, in turn, is the underlying cause of many psychological disorders reflected in users’ behavior and personal identity. And if these psychological conditions persist, an individual can lose touch with the reality in which one had previously existed. Consequently, the norms and rules with which that person could once relate become worthless and impervious, only to be replaced with elements and beliefs that can be defined solely within that virtual world. The result is a polarity of one’s identity and personality which can endanger one’s mental health. 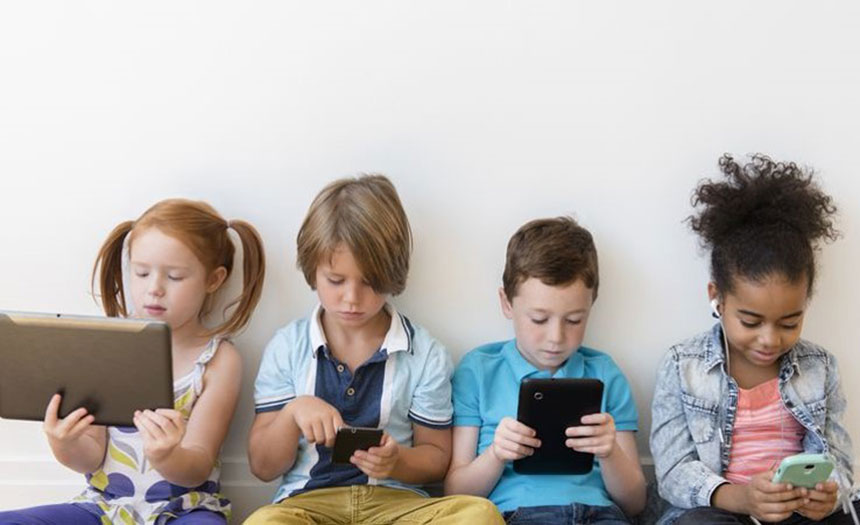 This virtual social interaction that has replaced the former means of verbal communication has, as you have described, had dire consequences for the young generation. Can you please expand on the effects of social media on the young minds?

These days cyberspace has immersed teenagers and young adults in its colorful realm such that there are no signs of former group pastimes and games. As such, young people find a troublesome refuge in cyberspace where its passageways are awash with thousands of menacing threats. Although the internet provides opportunities for scientific discoveries and social connectivity, its reckless use by young adults has led them to an isolated existence. Such false and frivolous identity creates an illusory image for teenagers and further encourages them to seek an even more ubiquitous presence on social media portals such as Facebook and Viber and other chat apps.

Research and data show that social connectivity through the internet is frequently limited compared to old fashioned and real personal relationships, and that in the long run it oftentimes results in an individual’s social isolation, depression and deteriorated mental health. Studies also reveal that these individuals lack real social relationship skills and generally suffer from higher vulnerability and diminished mental health and well being.

How much is social media affecting human connections/relations? What about the impact on partnership and marriage?

Under such circumstances, fostering and encouraging each member of the family for the proper and correct use of the internet assumes a more profound importance. Before any member of a family attempts to connect to an internet site and begin their web browsing and online chatting and such, it is imperative that they each understand what they should to do and what actions to refrain from in order to enjoy its countless benefits and avoid becoming victim to its many harms to.

As the communication technology is comprised of opportunities as well as risks, and as we witness an almost daily increase in users’ gravitation to virtual platforms, creation of a cultural framework for appropriate use of these internet environments becomes more critical. But regrettably, to date in Iran we have not yet established the proper protocol for use of the internet and its ancillary virtual communities such as chat rooms. Until we institute a macro vision of internet access based on informed and prudent rules of use in our country, from which it seems we are years away, we can foresee a dangerous road ahead for a service that can conceivably be a tool for information and intellectual growth.

In fact, we can justifiably argue that in the absence of a defined and focused policy for use of the internet, this potentially beneficial and stimulating global network service can turn into something destructive and harmful for family relationships. The capacity of deceit incited by the internet within a family setting can lead to break up of a marriage, and disintegration of relationships between couples, and even between parents and children. The internet has numerous positive aspects like educational features, communication services and such. But alongside such qualities, depending on the user’s habits, it can have adverse effects as well. Excessive use of the computer can jeopardize the physical development and social progress of teenagers and young adults. The internet has assumed a special status in the social framework of people’s lives and has impacted even the most basic aspects of social and family institutions. Studies confirm that as spending time on the internet is a time-consuming habit, it can have serious adverse repercussions for social and family relationships.

Have there been studies on the effects of the internet on individuals and their relationships? What have they concluded?

As reported by the New York Times, a Carnegie Mellon study to determine the social and psychological effects of the internet on 169 individuals in 73 family units who used the service only to stay connected during a one-year period, showed the following results: Higher use of internet was directly correlated with a decrease in relationships of participants with other family members in the home environment, as well as in person contact with their social network of friends, producing an increased sense of loneliness and depression among those taking part in the study. Researchers concluded that what the participants lost by using internet as a medium of connection was primarily the higher benefits of physical presence of each other. 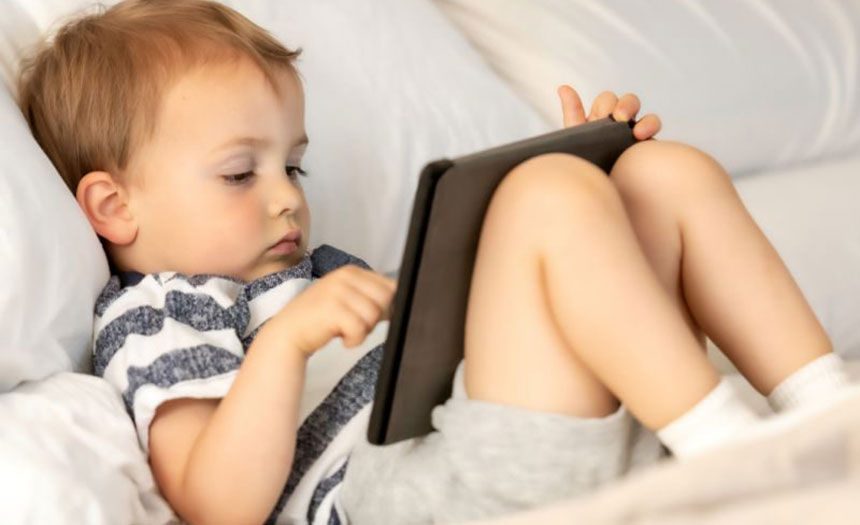 Another recent and more comprehensive study by Stanford University confirmed the connection of social detachment and the internet but could not answer the central question regarding the role of the internet in causing feelings of loneliness and despair. Contrary to the Carnegie Mellon study which was centered on the psychological and emotional aspects of the subject, the Stanford research was an effort to depict a broader picture of internet usage and its potential effects on the general public. According to the Principal Investigator of the Stanford research project, the tsunami of internet underscores the social isolation seen in the United States and how it can lead to the nightmare of a computerized world devoid of human touch and emotion.

How can we control our screen time and prevent disorders such as obsessive behavior?

Feelings of isolation, despair, anxiety and low self-esteem are all likely complications of excessive use of the internet for children and young adults. Experts in the field believe that too much time spent on the internet can adversely affect child behavior. They maintain that parents should not allow children to spend more than 4 hours a day in front of a monitor, be it computer, TV or for video games. Child psychologists claim that young people who spend a lot of time in front of a screen suffer from higher rates of mental distress, anxiety and depression, and that the more time spent in front of a monitor, the higher the rate of such disorders. 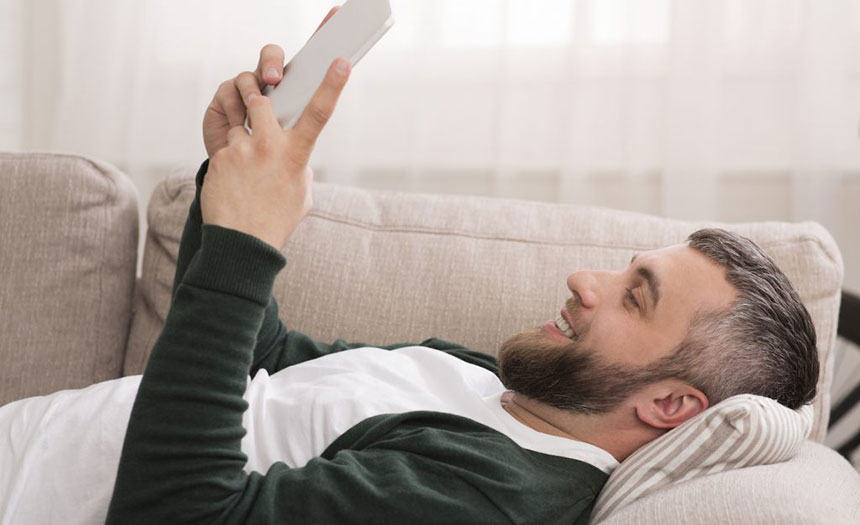 These experts add that increase in use of electronic monitors and higher exposure to online media correlates directly with a lower sense of social acceptability and higher feeling of loneliness and communication difficulties. Furthermore, they report that certain social networking websites and online multi-player video games contribute to lower degrees of health among users. So I would say putting limits to use of our electronic devices, be it our smartphones, tablets or gaming boxes, other than for educational and work purposes, should be limited to as little as possible, with a maximum limit. It’s important that we develop healthy habits of use for our devices and become good role models for the younger members of the family too.

What are some of the solutions and techniques to reduce addiction to our mobile phones and social media?

One should set a 4-hour limit for daily use of a mobile phone or internet and take a 10-minute break every 30 minutes. During those breaks, give your eyes and hands/fingers some much needed rest and do exercises, examples of which you can find online, to prevent injury to your eyes and hands.
At least one hour before bedtime, stop using your mobile, tablet computer, laptop, etc. The blue light emitted from the screens of these devices send a signal to your brain that it is still not time for sleep and that you should remain awake. So immediately after setting aside your device, your brain is not ready for sleep and this may cause sleep disorders. Also, as your brain is unable to enter its rest zone due to the effects of the screen light and certain hormonal secretions, you may experience excessive tiredness and fatigue preventing you from falling asleep. The continuation of this sleep deprivation can have detrimental side effects such as memory loss, lack of concentration, ennui, irritability, and many such disorders in the long term.
Consider that spending disproportionate amount of time in the virtual platforms can have irreparable side effects for one’s body, mind, mood, and personality. So, it is important to devote a proper amount of time to socialize with family members and friends, and for reading, family games and sports on a daily basis to ensure a healthy and happy life for ourselves.