Doing business with Iran seems, from the outside, difficult at a time where US secondary sanctions are rising. However, there are still foreign companies coming in and Iranian ones developing their commercial flow with the outside. The circumstances require more and more legal compliance and, therefore, a good practice of both Iranian and international legal and business background. Ferdowsi Legal with its Iranian lawyers and managing partner Jean-Charles Albitre offer us a legal overview of these issues from their daily practice in Tehran.

Thank you so much for giving Trends this exclusive interview despite your busy schedule, we are very grateful. Jean-Charles Albitre, you are one of the founders of Ferdowsi Legal and the current managing partner. Could you present your firm and its activity in Iran?

My partner Baki Maneche and I arrived in Iran in 2015 to develop the activity of another law firm. In 2016, we decided to open our own practice, Ferdowsi Legal, to assist foreign companies.

We are based in Iran and, most likely, the only international law firm having senior foreign partners full-time on the ground. Our aim is to provide international know-how with local experience, covering companies’ needs. That is why we have a mixed team of Iranian and foreign law and tax practitioners based in Tehran. We offer a full range of legal and tax services.

Our clients are foreign companies, mostly European, but also Iranian family businesses. We assist them in doing business to and from Iran despite sanctions and overcompliance from banks.

We have now extended our activity to the Middle East at large through various partnerships, including with FIDAL, the largest French law firm, who we represent in the Middle East.

Are there still European undertakings willing to come and invest in Iran? What kind of projects and issues do they have?

Our French roots and international experience make us a first choice for many French-speaking companies, including top tier groups.

Many other large SMEs, or small- and medium-sized enterprises, and industrial companies with a footprint from Europe, Asia and the Middle East are also among our clients since they are key vectors of foreign investments in the Middle East, not only Iran.

Nowadays, the bigger the company, the more exposed to US secondary sanctions it is. We note that SMEs are more willing to enter the Iranian market, but they just don’t communicate and remain cautious.

Most of the time, we hear about overcompliance and lack of information being the real barriers to trade with Iran. Do you agree?

Of course, it is! Let’s take the example of a company working in the humanitarian sectors such as agri-food, pharmaceuticals and medical equipment. They should, in theory, have no specific problem in dealing with a bank. However, most banks close the doors as soon as they hear the word “Iran.” The combination of an unclear regulation from OFAC, or the Office for Foreign Assets Control, with excessive fines in the past, like for French bank BNP Paribas, make them reluctant to engage in a compliance process. Though, the most ridiculous thing with the bank’s attitude is that Iran’s transactions represented less than 7 percent of the grounds for BNP’s fine! But for banks, all eyes are on Iran.

Banks have enough experts to handle compliance; it is a lack of will and interest! However, there are still several, even if not numerous, trustworthy financial channels to operate to and from Iran.

Would you recommend asking for a license from OFAC or go through the so-called “US humanitarian scheme”?

When it comes to legal analysis over Iranian business, there are no general rules, just specific case-by-case analyses. However, I would recommend being extremely cautious with it, for two reasons.

The first is that you have no guarantee to have a positive outcome. OFAC is understaffed and is not bound by any specific deadline to revert to you after you have applied for a license. This means that your activity will be on hold for an undefined amount of time. Moreover, if you have been on OFAC’s radar, you will always be scrutinized in the future. The other reason is a high risk of being bound to disclose strategic information on your current commercial and financial. schemes with Iran. I mean, the controversial “US humanitarian scheme” is very intrusive and you expose business-sensitive information that may be conveyed to US competitors. Moreover, unveiling your Iranian partners and schemes, which is counterintuitive to creating trustworthy schemes and partnerships. This may expose them to US threats, which risks losing them all!

I would add that, if your current scheme is functioning, keep it as long as you are in the situation of humanitarian trade.

What about INSTEX? How can European and Iranian companies benefit from the barter? Do you see any future for the scheme?

I would first specify that INSTEX seems, in theory, easier than the Swiss banking channel since the company does not handle compliance. Therefore, you don’t have to give the amount of information required in the Swiss channel. Despite a first successful transaction, this banking channel is limited in its scope due to Swiss companies being prioritized and the high risk of sensitive information required by the US administration.

So far INSTEX has had one test transaction to its credit. It consisted of a shipment of medical goods to Tehran to help fight the coronavirus outbreak. Even though it was not a big amount, it was an important symbolic step that could boost confidence in the mechanism. The German Ministry of Foreign Affairs already announced that more transactions are expected.

However, two main difficulties remain. The first difficulty comes from the relevant volume of trade so that enough liquidity is obtained. The second difficulty comes from banks’ over compliance. Even with a swap system, a European bank will have to pay another European bank, even in Europe and with Euros, for a deal pertaining to Iranian trade. Will they accept to do so even if legally permitted?

However, after the psychological step of a first transaction, wait-and-see positions are evolving. 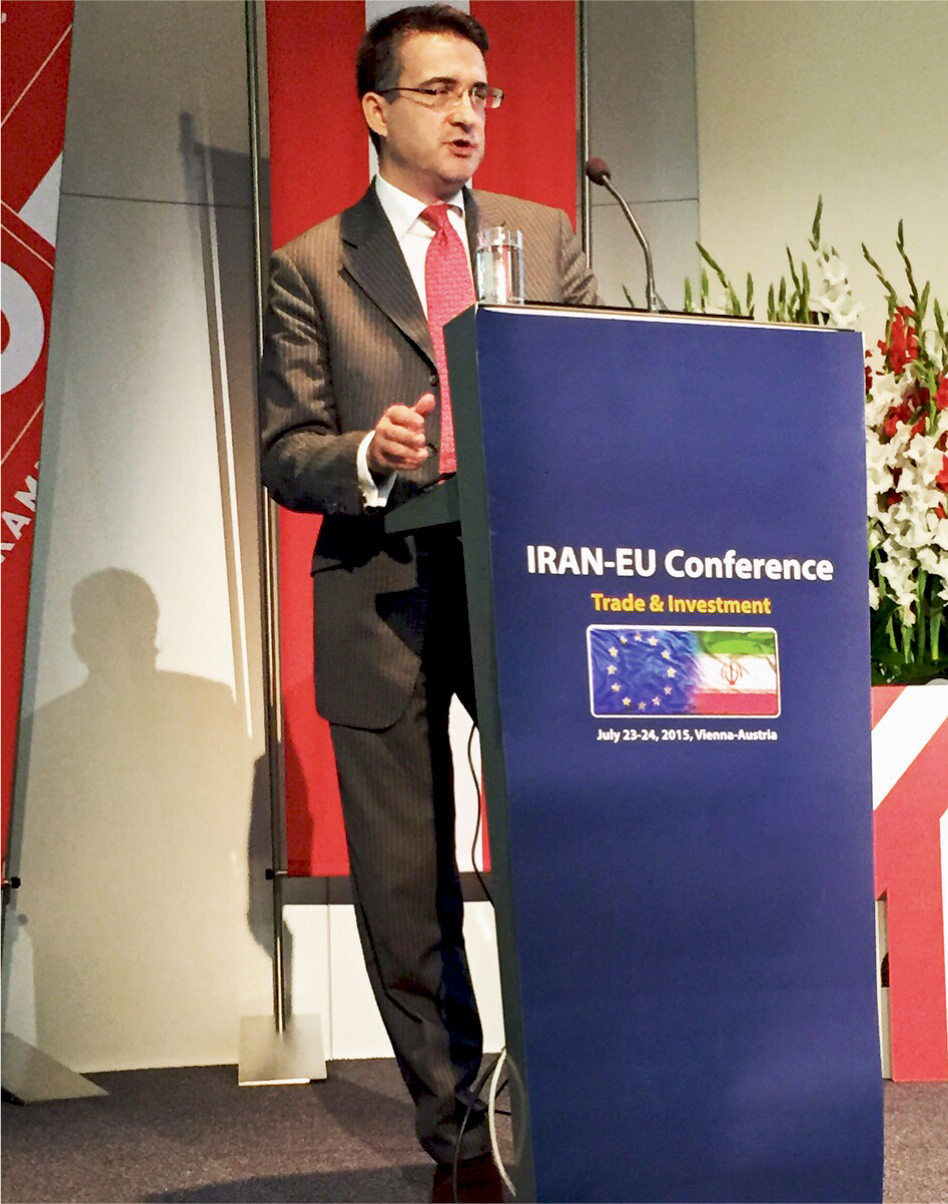 How do you see the future of this mechanism now that the first transaction has taken place?

Again, it is a very symbolic step. European companies were waiting for someone to be the first and they now have the proof that it works. So far, the United States has no issues with the mechanism but European companies may wait a bit more to be sure that it is a secured position. In the long run, I foresee three possibilities of evolution but not all with the same likelihood.

In the first case, INSTEX stays limited to humanitarian transactions since the US seems to tolerate this use and it is now technically working. This is the most likely possibility at this stage.

In the second case, INSTEX is extended to non-humanitarian goods. This was planned at the creation of INSTEX despite the mechanism being limited to humanitarian trade right now. Subject to no major US reaction and with European political will, this is now possible but not in the short-term.

In the third case, INSTEX becomes an international trade tool. This scenario depends on bilateral relations of the US with countries that have or had significant trade relations with Iran and showed interest in INSTEX (Turkey, China, Russia and Central Asian countries). This is, at this stage, unlikely and depends on too many political elements.

I would like to add that we can see certain recent positive elements. The Chief of the Central Bank of Iran has requested the International Monetary Fund to approve a 5 billion USD loan to assist Iran with the outbreak of COVID-19. CBI has suggested the loans be processed via INSTEX.

This could be a game changer since it would temporarily solve the first problem I previously stressed : We need cash flow in the system to make it work!

Is the Iranian legislation sufficiently business-friendly? What main points of attention would you draw to a potential European client?

In Iran, foreign investments can reach most sectors, contrary to most cases in the GCC countries, without requiring a majority local sponsor.

There is no black or white when it comes to Iranian business law. I can point out several little-known assets, a few difficulties that could be overcome and important advice for all.

Firstly, certain legal provisions, like the Foreign Investment Promotion and Protection Act, are more practical than they appear, and a lot can be done! Secondly, the lack of protection of foreign copyrights is a real issue when it comes to knowledge-based businesses. There are solutions to manage this, but again, with a case-by-case analysis. Other weak points are the need to modernize companies’ laws and the totally archaic insolvency law.

Lastly, my general advice for a potential willing European company is the following: Go over the general ideas that you may have and seek local support. Iran is an interesting market and certain difficulties are overcome from local ground. Paradoxically, it may be the right moment to come to Iran. It takes time to settle in. By investing now, you lay the foundations for the future.