The last episode of “Domus Eyes on Iran” at Villa Namazee

By: The Italian Embassy in Tehran

The renowned Italian magazine on architecture and design “Domus” issued a special booklet entirely dedicated to Iran and specifically to the project “Domus Eyes on Iran” by the Italian Embassy in Tehran.

The booklet, which was attached to the November issue of Domus magazine and distributed in 89 countries for an ex pected total of 50,000 copies, has been presented on the occasion of an exclusive event which took place in the gardens of Villa Namazee. 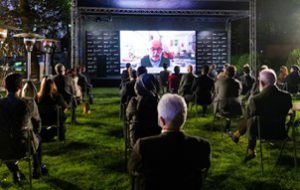 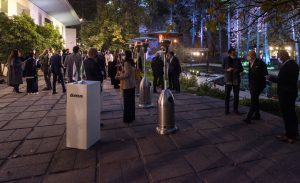 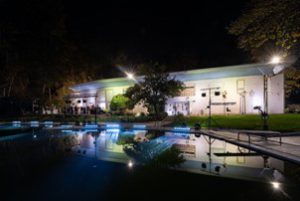 The booklet on “Domus Eyes on Iran” is the outcome of a high-profile initiative aiming to highlight the special role played in the last 70 years by Iranian architecture and design on the world stage and the successful cooperation estab lished with Italian architects.

Commenting on this special issue, the Italian Ambassador to Iran, Giuseppe Perrone, stated that bilateral cultural relations between Italy and Iran have traditionally been built upon a solid foundation of confidence, familiarity and mutual respect, adding that Villa Namazee embodies this extraordinary history of collaboration and exchange between the two countries.

Making reference to the unique role played by Domus magazine in its almost 100 years since its birth, throughout which it represented the most eminent voice on architecture and design on a global scale, Perrone thanked all Iranian and Italian architects, researchers and professionals who have made it possible for this initiative to become one of the most successful examples of cultural cooperation between Rome and Tehran.

The initiative features 10 episodes which bring viewers back in time to discover the main stories featuring Iran published by Domus magazine over the last seven decades. Each episode focuses on a different work realized in Iran by Iranian or Italian architects and designers, thereby highlighting the importance of Iran in the history of modern architecture and design and its continuous and fruitful relationship with Italy.

During the event, the 10th and last episode of the series “Domus Eyes on Iran” was screened, featuring Villa Namazee itself.

As indicated in the episode by Salvatore Licitra, Ponti’s grandson and curator of the Ponti Archives, Villa Namazee represents one of the freest and most complete expressions of Ponti’s architectural production.

In the same interview, Licitra recalls the special interest shown by the famous Italian architect towards the Islamic world and the crucial role he assigned to dialogue between different civilizations as the highest expression of culture, as is evident from the resonance gained throughout the years by the spectacular works, he has made in countries like Iran and Pakistan.