From Ruegen With Love

Frey was born in Stuttgart, Germany in 1951. She graduated with a degree in microeconomics and later worked as a manager for market information at Frankfurt-based VDMA for 40 years. She loves traveling and Iran is the 54th country she’s visited.

Rügen is the largest island in Germany. Located off the Pomeranian coast in the Baltic Sea, it has a population of around 77,000 inhabitants. That number easily multiplies manifold with German and international tourists visiting during the summer season.
Located in the former GDR, the island only became an accessible attraction for everyone after reunification in 1989/90. Today it is one of the most popular tourist destinations in Germany. 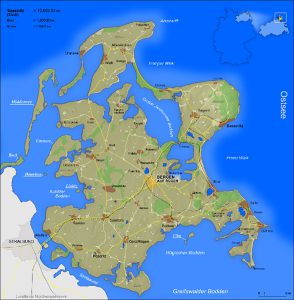 Rügen has a maximum length of some 51 km and a width of 43 km. The shape of the island provides a huge coastline due to its peninsulas, numerous lagoons called Bodden and open bays.

Shortly after the first lockdown in 2020 had ended, my sister, brother-in-law and I met in Hamburg to drive another 300 km north-east to the island of Rügen for a seven day vacation. Since the month of June was in between school breaks in Germany, the place was not yet overrun by tourists, but the huge number of RVs in the area proved that the pandemic had considerably increased demand for those types of vehicles. 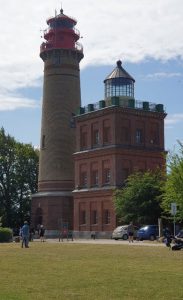 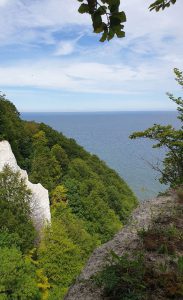 We stayed at a campground in Breege, located on a small stretch of land sandwiched by water – and with the less pleasant side effect of indigenous insects and mosquitoes to share the salty and healthy air with us.

Breege was our starting point for daily excursions around the island:
Cape Arkona is considered the Northernmost point of the island. It offers stunning chalk cliffs and views both from land and sea. The cape is dotted with two lighthouses – the one brought into service in 1828 now houses a registry – and a naval navigation tower.

Not far from the cape, and still north of the island, is where you find Jasmund National Park currently listed as a UNESCO world natural heritage site. Ancient beech tree forests – the original colonizers of Europe – inspired romantic painters; these have never been used for forestry purposes and now present a dynamic mosaic of open areas, thickets and woodland.

The King’s Chair – a chalk cliff – is Rügen’s main landmark.

Beach life with swimming, sailing, rowing, wind and kite surfing, and snorkeling, is popular all over the island – weather permitting.

Beach life has a long standing tradition in historic seaside resorts such as Sellin, Binz, Schaabe or Putbus. First bathing facility opened in 1794.These locations proudly present the traditional resort architecture with classicist spectacular, bright white buildings, which sprang up during the 19th century. Their sea piers are famous. 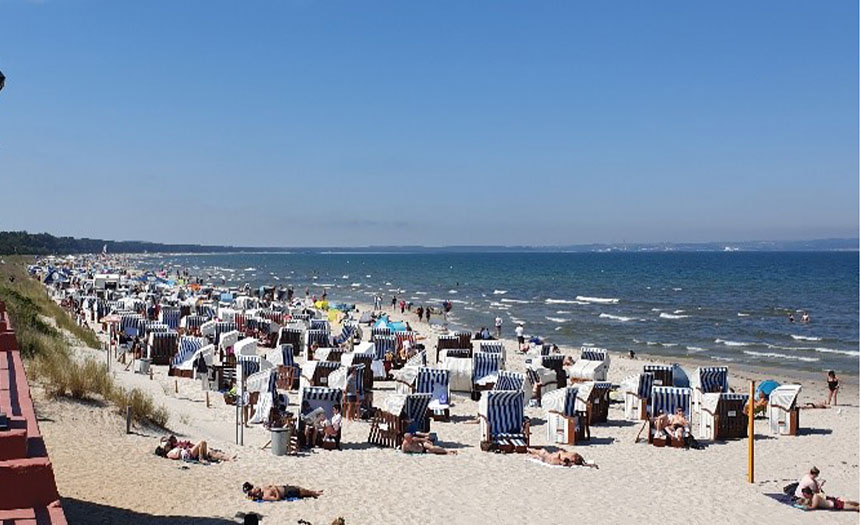 The resorts are connected with the beautiful, romantic hinterland by a traditional narrow gauge railway using steam locomotives, called Rasender (racing) Roland. Rügen is famous for its beautifully romantic alleys with some trees over 100 years old. Trees are also the attraction of a so-called Treetop Path: With a length of 1,250 meters one moves at eye level among the treetops of beech forests, meandering at a height between 4 an 17 meters, past information and activity stations.

Rügen is connected to mainland by ferries, a bridge and a causeway which cross the Strelasund and lead into Stralsund, one of Hanse’s (the medieval Hanseatic League) famous cities along the coast. Founded in 1234, this old town is a UNESCO World Heritage site.

The main landmark in Stralsund is the extraordinary brick Gothic city hall dating back to 1278. Its remarkable façade has the sole purpose of displaying the city’s wealth. A newer attraction located at the historical harbor is the fantastic OZEANEUM, an aquarium which primarily displays sea life of the North and Baltic Seas.