Hossein Khatibi is a psychologist with a PhD in social communication sciences. He is a professor of communications, public relations and advertising at multiple universities. Born in 1970 in Iran, he is the founder of Noor Advertising Agency and has been working in the advertisement world for more than 20 years. Today, his agency works in marketing, advertising and communications with a focus on personal branding and has had many successful personal branding projects through BUSINESS out the years.

Personal Branding: An Introduction Dr. Khatibi believes the fundamentals of marketing and advertising didn’t start from the West, but rather, in ancient bazaars. There have been ongoing businesses in these bazaars for thousands of years and that’s where the advertising first started. Later on, with the advancement of sciences and the beginning of the modern world, Western human relations professionals started researching the subject more precisely and studied these ancient bazaars to learn more about them. After learning about ancient bazaars’ public relations, these professionals synthesized data in a standardized format to be published in books. A favored definition of branding states, “all the emotions, attributes and concepts that are associated with a name in fact are defining the brand to the audience.” Thus, when one comes across a brand name, they will have a certain emotion and will see some defined characteristics associated with it which also brings a concept to mind. Between 1970 and 1980, a new theory called “personal branding” was introduced that said a brand name might be associated with a certain class of people. Similar to the definition of branding, personal branding is “the emotions and attributes that can be associated with a person.” In the near future, the most valuable asset one can have is their personal brand.

The factors that define success are changing; it used to be money and power that defined the success of a brand. For example, if Mark Zuckerberg invests in a startup that is in a very early stage of its business, the stock prices for that startup will skyrocket overnight. This is the price of a person’s brand and the trust and other attributes it brings with it. When a company generates a great deal of profit overnight by just associating with a person’s name, all the earned profits will be added to his or her personal brand. To reiterate, personal branding was being practiced in ancient times in Iran’s bazaars. For instance, let’s say there was a small shop in the Tabriz bazaar that was owned by a well-known businessman. Regardless of the size of this shop, the majority of customers would pour into his shop. They’d prefer to make a deal with him, even though ancient bazaars contained a group of shops close by that offered the same service or product. Personal branding exists in almost all industries. In the world of art, people are drawn to a work of art partially because of the art itself, but mostly people are drawn to a piece of art just because of the name of the artist. In other words, if we find an artwork from Picasso that might not even have the highest quality as far as color, format or composition, with an authenticated signature of Picasso, it will earn a high value in a matter of seconds. The value here comes from his personal brand. The same goes for sculptors and singers. Forming a Personal Brand The fundamentals of personal branding are first impression and appearance. When you see someone walking towards you from far away, you immediately form an opinion of them in your mind. This opinion about someone may be formed based on their body language and appearance. 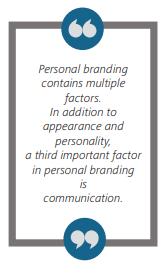 This is especially common in Iranian culture. To paraphrase Darwin, those who are smart and manage to adapt themselves to their environment will survive. What we learn from this is that in a fraction of a second, your subconscious mind decides if you like someone or not. Similar to body language, personal branding is also something one can learn. How do you approach someone for the first time? Are you open to communication or more reserved? Do you trust people easily or do you keep your distance? A majority of the time, when people dislike someone, they don’t have a specific reason for it. This is something that is determined in a fraction of a second and that’s something that is inherited from one’s ancestors, who had to play it safe to be able to survive. One of the most common things that is said in seminars is that your fashion choices can make a difference. People are encouraged to dress a certain way and have expensive accessories in order to impress others. However, looks by themselves can’t be used to measure success. To some extent, we can say that how you present yourself and the way you dress could make a difference and will help you appear a certain way and from a certain social class, but that is not the definition of personal branding. Some people encourage you to be more positive and smile while firmly shaking hands. However, in retrospect, we can never correlate the cause of people’s failure to them not having firm enough handshakes or wearing the “right” wrist watch brand, for instance. Personal branding contains multiple factors. In addition to appearance and personality, a third important factor in personal branding is communication. We know people are either introverts or extroverts. A company that is managed by an introvert will have an introverted culture. Likewise, when you walk into a company’s office that is run by an extrovert you feel a sense of transparency and openness; the offices are made of glass, doors are open, and information is openly communicated around the office. To some extent, it is possible for people to manage how they represent themselves and how they dress, but when it comes to having a successful brand, you need to take advantage of a mentor that knows the business world and current trends.

A lot of the time, people in marketing also work in personal branding. The first generation of advertising agencies in Iran were founded by graphists. Later on, they were replaced by marketing professionals and TV producers. Film makers also played a role in making commercials. Personal branding, though, requires the expertise of psychologists. Nowadays, your digital brand is far more important than your personal brand. A lot of celebrities are known by their social media personas; many people don’t even know the influencers’ real names. Social media content plays a major role in personal branding, from the name of the profile to the influencer’s biography and the content that they offer. Sometimes the wrong content, even if it’s only one post, on social media can get a lot of negative reactions from the audience and can hurt your reputation. It’s very common to lose followers if the direction and content of a page changes from their initial content. 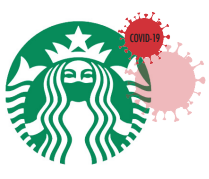 COVID-19 is a universal disaster, affecting the entire world. Regardless of how rich, poor or how well-prepared a country was, the coronavirus has affected the entire world. Furthermore, it affects all aspects of people’s lives; even basic physiological needs such as eating habits have changed. Everyone’s lifestyles, security needs, social needs, attire, habits, sleep schedule and relationships have been affected and changed. It seems that COVID-19 has made a paradigm shift because everything is changing in people’s lives and this is something that is also apparent in the advertising world. For instance, Noor Advertising Agency’s office will never be the same as before. The agency had been working on a new study of what people’s lives will look like in 2050. While it was common knowledge that remote workers and online companies existed before, it was hard to believe that it would become the norm in a matter of two months. At the beginning of the pandemic, most people never thought that everyone would be doing their work remotely. Everything has changed. Life won’t go back to what it used to be and that’s a good thing!