Who doesn’t recall Eyjafjallajökull? The volcano with a name pronounceable correctly only by true Icelanders? It erupted in April 2010 and crippled half the world’s air traffic. It also ruined the author’s intended trip to China then. One more reason to cast a closer look on this island in the very North of Europe.

Who lives there and how many?
Iceland has a population of barely 370.000 which equals the German city of Mannheim. The population is more or less homogenous and mostly descends from Norwegian Vikings. Each and every Icelander can trace back their family roots for hundreds of centuries.
According to the World Happiness Report; Icelanders rank among the happiest people worldwide. A major share of this lucky state of mind is attributed to the local environment: clean air, the clearest water one can imagine, no refuse anywhere, clean energy in abundance, a vanishingly small crime rate, a high standard of living and a 1000-year-old history of which everyone is proud.
The country lies close to the Polar Circle, Greenwich Mean Time is applied, and the summer months present almost continuous daylight while in the middle of winter one hardly sees any daylight

The island’s South East is covered by vast ice fields. Vatnajökull- Europe’s largest glacier – alone ranges about 100 km from East to West. With an area of 8.000 square kilometers it covers about 8 percent of the country‘s overall land surface. The ice can be as deep as 300 meters. 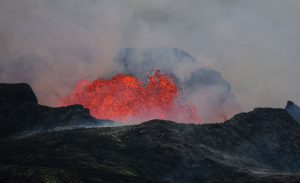 Vatnajökull’s glacial tongues and those of neighboring glaciers reach down to North Atlantic’s beaches creating most beautiful lagoons and icebergs. Underneath those ice masses lie numerous volcanoes, dormant currently, but which if they erupt can cause incredible disaster. It bubbles and boils, smokes and smells
Iceland is located on the seamline between Europe and America, on two separate tectonic plates that drift apart a couple of centimeters every year. Earthquakes are daily experiences but most of them are not perceptible. Iceland is also located above a so called hotbed of intense volcanic activity. About 200 volcanoes are spread over the the island – active ones like Fagradalsfjall on the Reykjanes peninsula – and the majority dormant.

Geothermal energy supplies Icelanders with cheap heat for their homes, for hot tubs like the famous Blue Lagoon, for the country’s various industries, the greenhouses and an underground system to heat up the capital’s sidewalks in winter. The geothermal fields – where it bubbles and boils, smokes and smells like sulfur – are spread all over the island. Their fumes have been the reason the capital was named ‘smoking bay‘ – Reykjavik – by early settlers. 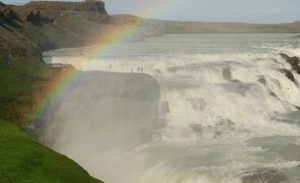 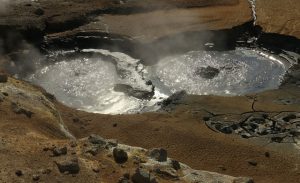 Water comes in all conceivable shapes and sizes – the sea, rivers, streams and streamlets, creeks, lakes,   ponds, pools and puddles, glacial streams, moors and fens, hot springs, geysers and – waterfalls. They  shape the scenery and their number is untold. Some of the most famous and well-known waterfalls are
• Detifoss, the mightiest, most water-rich in Europe
• Gullfoss, the ‘golden‘, famous, most popular, double layered, maybe most beautiful, often crowned by rainbows.
• Swartifoss, framed by black basalt columns like organ pipes in a church

The Central Highlands cover a vast area of land in the middle of the country and form a stark contrast. They can only be crossed by 4WD and special buses; strict regulations to keep to the unpaved gravel roads apply. It was here where the Apollo 11 crew was trained for their trip to the moon. 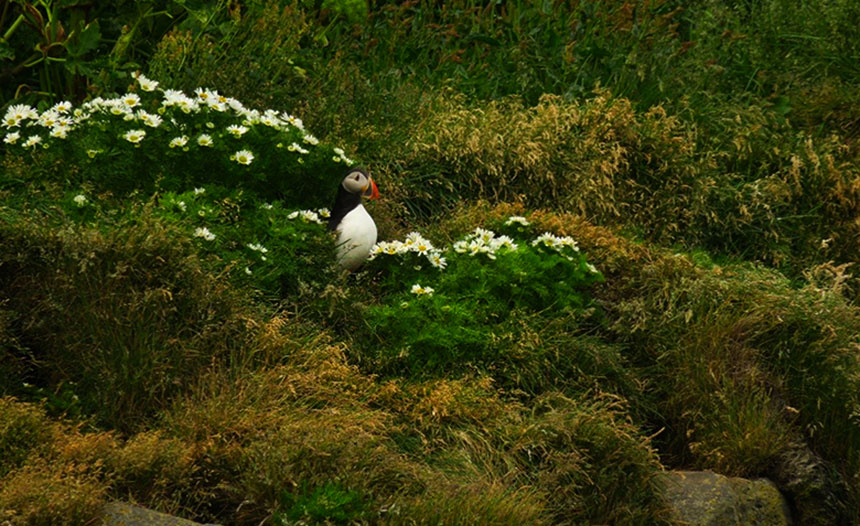 Traditional food will challenge true foodies
The average tourist will enjoy delicious fresh salmon, lobster or local lamb, but will not be imposed upon with traditional food unless they insist on trying.
Fermented shark, smoked sheep‘s head, sour ram’s testicles – just to name the stranger ones, are said to be a real challenge and should be better accompanied by Brennivin, a local strong spirit resembling Scandinavian Akvavit.