Turning into a Smart City, Isfahan has come to the aid of social equality: Birth of a different generation of urban management with more than two million residents requiring over 200 different services from their municipality on a daily basis, becoming a smart city is not only the most effective way to achieve social equality, but also the best way to be aligned with the developed cities of the world.

That is why the metropolitan management of Isfahan has highlighted the role of technology in various areas of transportation, urban services, outdoor spaces, etc. in the lives of citizens to better manage the city and provide more comfort and tranquility to its residents. 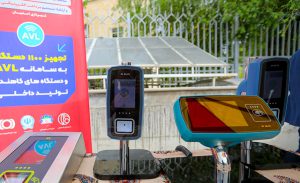 The first steps that the city of Isfahan took about 15 years ago was to digitize its services to citizens., Despite the positive results of this decision in the Isfahan over the last decade, the transition to a smart city, as unfolded in some other cities around the world, has put Isfahan city managers in uncharted waters in Iran.
The annual budget of the City of Isfahan, with a focus on making Isfahan a smart city, was approved by the Fifth City Council, and all related plans and documents for the 5-year development proposals have been submitted to city managers for implementation. The 5-year plan as outlined and approved, addresses the main concerns of the city’s municipal managers, and as such, puts emphasis on quality of life for residents and visitors of Isfahan with less air pollution, less traffic congestion, and better city services.

For a better environment

Under the umbrella of the 5-year plan, all aspects of urban life, from environmental issues to development and construction activity, as well as transportation, are included with the priority given to access to municipal services in a simple and speedy fashion. With existing traffic congestion and air pollution problems already existing, the added coronavirus pandemic made the Isfahan city administration more determined to more quickly plan and implement measures to streamline municipal services such that many processes were simplified and unnecessary ones completed eliminated. Actions were also undertaken by city managers to provide needed framework for residents requiring fewer trips outside their homes for daily needs. 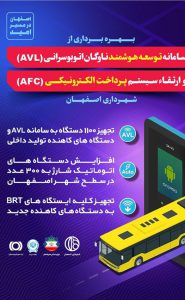 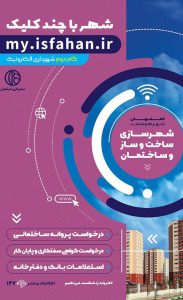 City with a few clicks

The implementation of the “City with a few clicks” project with the possibility of providing 134 services without the need for residents’ in-person attendance, provides a natural infrastructure advantage for the municipality through which it can organize and manage the development of services and address any system deficiencies. Currently, these services are available and accessible 24 hours a day, 7 days a week, through the my.Isfahan.Ir system for all residents of Isfahan, so that their requests can be reviewed and processed with the least amount of need for their presence.
The services of this site are divided into 10 categories, which include urban matters, construction and building, contractor affairs and business and employment matters, environment and green space, transportation and traffic, urban spaces and public thoroughfares, accidents and violations, tourism and recreation and health, education and research and culture, communications, polls and surveys and cemeteries.

Improved public transportation services and their maximum use by residents and visitors of Isfahan was a consistent challenge that the municipality needed to address.As such, city managers turned to installation of intelligent development systems (AVL) and upgrade of electronic payment system (AFC) in 1,100 city buses in Isfahan in recent months. This effective measure efficiently reduced the gap between supply and demand in the transportation sector and eased the problem in a satisfactory way.
Some of the improvements that the new AVL system provided include monitors in bus stops showing information about arrival times for buses, efficient streamlining of bus stops, one-way tickets in the city bus network using QR-code, better management of bus lines with respect to the distances between start and end of lines, and possibility of seeing all bus lines serviced in each station through the “Nesfeh Jahan” application, which have all resulted in fuel efficiency and higher customer satisfaction.
The municipal traffic enforcement authority was unable to monitor the traffic with the outdated systems in a city of 2.3 million residents. Under new plans, the traffic authority was able to install 580 smart traffic monitoring systems in Isfahan and increased its video surveillance cameras to 437 devices for 187 previously. 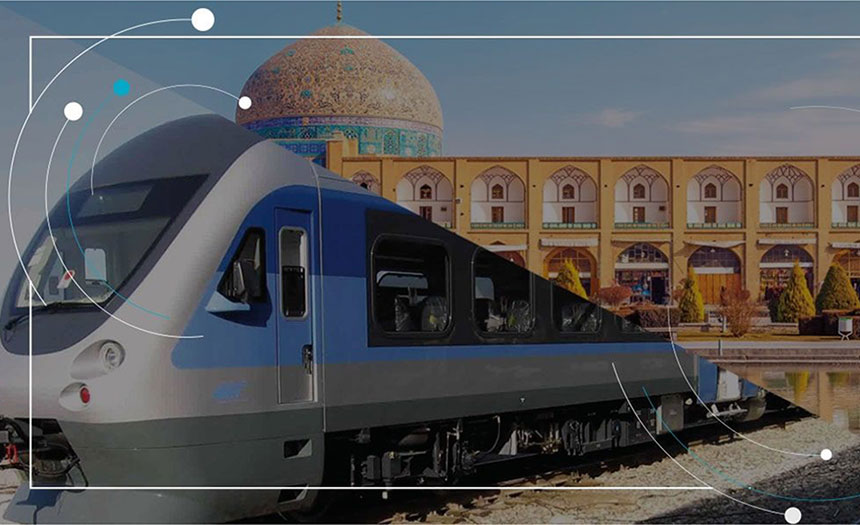 Increase of smart parking in Isfahan to 4-unit parking stalls, installation of 300 smart branches in city parks, installation of QR barcode reader (ASKIF) on 3,000 taxi to remove physical money and cash exchanges between passengers and taxi drivers and many other measures have been the other important measures undertaken by municipal authorities over the past few years to manage the city more efficiently, also to achieve their goal of making life easier for people.

With respect to a system of governance, the municipality of Isfahan, by joining the global network of smart sustainable cities, has placed itself among the 200 cities that have planned the creation and development of their infrastructure based on smartening. Certainly the municipality of Isfahan can benefit from the knowledge and expertise of others on its smartening path by holding round table talks with cities which are further on this path of becoming smart cities.