JCPOA: Déjà Vu or for Real This Time?

As the Vienna talks to revive the Iran Nuclear Deal or JCPOA draws to a close, there are many unanswered questions about its details, most notably which sanctions will be eventually lifted, when and under what conditions.
The fact that the talks have dragged on for as long as they have is not necessarily alarming. On the contrary, one can deduce that essential bones of contentions were discussed. Moreover, under a new deal, we can expect some of the hurdles in the previous agreement to be gone.

It is absolutely crucial that the parties – mainly the US and subsequently Iran – stick to a new enhanced treaty. Under the Trump Administration, the US was able to swiftly pull out of the JCPOA agreement, (and several other significant international commitments) as the Iran Deal was based on President’s Obama executive order and not on congressional approval. There is no guarantee that in 4 or 8 years and a change in administration, one is safe from another JCPOA 2.0 withdrawal scenario. At the time of writing this paper, it appears unlikely that the Biden Administration can secure the backing of the US Congress for an enhanced JCPOA deal, thus preventing such a snapback scenario. This could well be one of the reasons the negotiations were even more complicated this time; there are no assurances that the deal will not be breached once again by the US!
For many of the foreign investors and companies who trusted the signatory parties of the JCPOA agreement, in particular the US, this could result in an expensive déjà vu!
We remember: After years of negotiations, a deal was signed in 2015. Initial jubilation in the streets of Iran and boardrooms across large and midcap companies around the world was soon replaced by realities on the ground, mainly by still inaccessible banking channels despite all promises and a signed agreement! This confirms that even if the banking channels are authorised (by the US, nota bene) to re-open under a new deal, banks, major ones in particular, will remain shy, unwilling or simply uninterested to facilitate payments with Iran in fear of unpredictable future economic consequences (such as penalties by the US Treasury). The profits a bank can make with Iran transactions will never match the risk they might face in the US, be it legal, operational or reputational in nature. This business fearmongering was part of Trump’s Iran strategy and has been somewhat successful. The authors of this article do not expect significant changes in available banking channels in the short term. Hence Iran transactions will remain complex, more expensive than necessary and mostly through third party or unofficial channels. 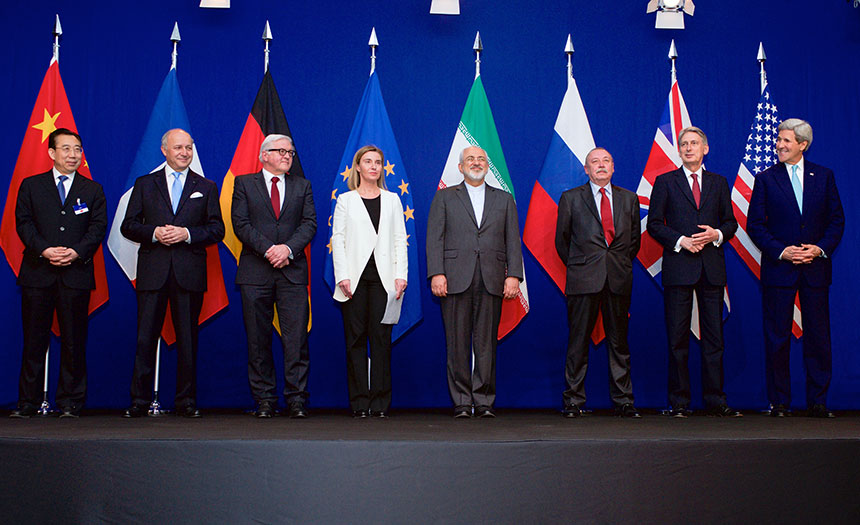 Many international brands who rushed to Iran after the initial JCPOA agreement was signed in 2015 were forced to suspend their operation or decided to pull out after the US unilaterally withdrew from the deal. As a result, international investment projects were abandoned or stopped, investor monies lost, the Iranian currency collapsed from 34,000 Rials per USD in 2015 to 240,000 Rial per USD in June 2021, and inflation and unemployment rose dramatically. The poverty line across the Iranian population including its middle class is sneaking up in unprecedented ways. On the positive side, with the closure of the Iranian borders to imports and the mandatory regulations for domestic manufacturing, local producers and brands prospered. The Iranian stock market was at some point in 2020 the world’s best performing one in EUR terms, be it with a significant and steep downward correction later in 2021.
Some companies never left Iran, neither in 2009 nor in 2018. These international companies have established manufacturing plants and significant headcounts, having become part of the Iranian economy, and, therefore, have stayed, to a large degree, immune from the devastating impact of sanctions. Supposedly they are subsidiaries of international companies. In that case, they might have adopted a stand-alone strategy where they do not receive from or return cash to head office or their international shareholders. Many of these companies with sales in Iran are long on Rial and therefore obliged to look for local investment opportunities in the stock market, private equity, manufacturing companies or real estate. The best hedge against the Rial inflation is investment in real estate and in export focussed companies.
With an anticipated updated JCPOA agreement in 2021, we see Iran offering fertile ground for international mid- and large-cap companies with an Iran-based manufacturing strategy for local sales and for reexporting to the surrounding countries of the Middle East and Central Asia’s 400-million strong consumer markets. Labour and energy costs in Iran are still low by international standards. Investors, traders and business opportunists constitute another segment tempted by a devalued currency and re-opened borders. We do not expect the industrialists and investors of 2015 to rush back for the reasons outlined. While the returns could well compensate for the challenges, doing business in Iran requires three key ingredients: time, money and good nerves – ideally all in abundance.