During his tenure of more than 3,000 days as Prime Minister, Mr. Shinzo Abe tackled economic, diplomatic, and security issues with strong conviction and outstanding leadership, and contributed to realize a safe, secure, and affluent life for the people of Japan and the world. I would like to express my deepest respect to former Prime Minister Abe for his achievements during his lifetime and to offer my sincere prayers for the repose of his soul upon hearing of his passing.

On the occasion of the passing of former Prime Minister Abe, I am deeply grateful for the warm condolences expressed by a truly wide range of Iranian people, including H.E. Ayatollah Dr. Seyyed Ebrahim Raisi, President of the Islamic Republic of Iran, H.E. Dr. Mohammad Bagher Ghalibaf, Speaker of the Islamic Parliament, H.E. Dr. Hossein Amir-Abdollahian, Foreign Minister and other senior Iranian officials, as well as the Iranian government, parliament, business community, universities, cultural, religious communities and local provinces.

We held a two-day memorial for signing a condolence book on July 11 and 12. I myself was deeply moved and impressed by the feelings of the Iranian people for Mr. Abe and his presence in Iran, through my interactions with those who visited to offer condolences and the messages we received. 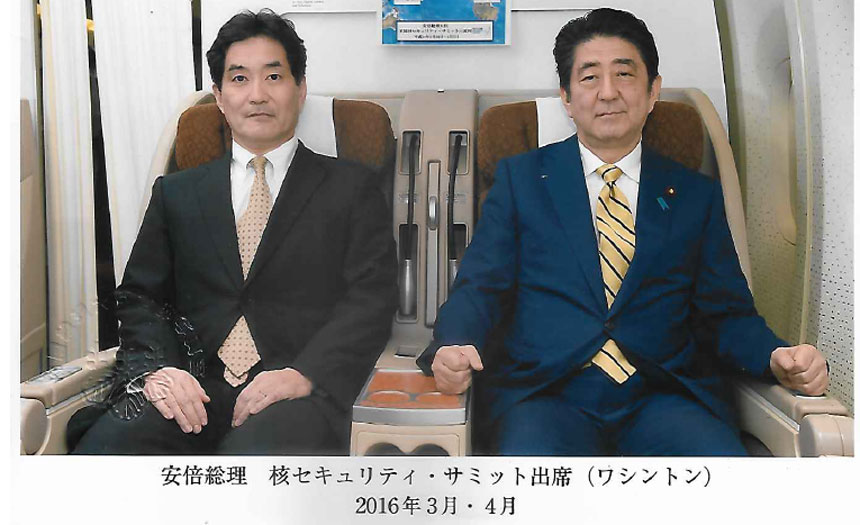 Mr. Abe visited Iran as Japanese Prime Minister in June 2019, which was a milestone year in Japan-Iran relations, marking the 90th anniversary of the establishment of diplomatic relations between Japan and Iran. It was the first visit to Iran by a Japanese Prime Minister in 41 years (the first time since the Islamic Revolution) and he met with Supreme Leader Ayatollah Seyed Ali Khamenei and then President Dr. Rouhani. In 1983, Mr. Abe, when he was a young man, accompanied his father, then Foreign Minister Shintaro Abe, on the visit to Iran to mediate a ceasefire in the Iran-Iraq War. I am aware that many Iranians welcomed the strong will and actions of former Prime Minister Abe to play a role in developing traditional friendly relations between Japan and Iran, easing tensions in the Middle East, and promoting peace and stability in the region, which he demonstrated during his visit to Iran as Japanese Prime Minister, 36 years after his youthful days’ visit to Iran. I am confident that those will and actions will remain in the memory of the Iranian people.

Former Prime Minister Abe attached great importance to Japan-Iran relations, as evidenced by the fact that, in addition to mutual visits between the leaders of Japan and Iran, he also seized the opportunities of the annual UN General Assembly meeting to hold the largest number of summit meetings between the two countries in history. He consistently supported the JCPOA and was committed to easing tensions, strengthening peace and stability in the region. At the same time, he also indicated a policy of prioritizing cooperation that benefits the Iranian people in areas such as healthcare, environment and disaster prevention, as well as strengthening relations in the fields of cultural, people and sport exchanges. He also expressed his strong determination to steadily maintain and develop the traditional friendship between the two countries.

Former Prime Minister Abe also positioned the advancement of women as one of the top priorities of his administration, and implemented various policies to encourage women’s advancement in society. Under the Abe administration, cooperation between Japan and Iran in the field of women affairs dramatically expanded, which still continues and will continue into the future. ‘The Japan-Iran Friendship and Peace Tree’, planted by Mrs. Akie Abe, the Spouse of Mr. Shinzo Abe during her visit to Iran in 2016, has taken firm root and keeps growing in Tehran’s Pardisan Park under the generous care of the Department of Environmental of Iran.

Former Prime Minister Abe served as Japan’s Prime Minister from 2006-2007 and 2012-2020. During his tenure, he initiated a wide range of domestic economic measures and foreign policy initiatives. Mr. Abe made tremendous achievements by implementing “diplomacy that takes a panoramic perspective of the world map,” with his outstanding leadership and execution ability. He actively engaged in summit-level diplomacy and formed close relations with regions and various countries such as Iran.

In addition, given the extremely severe international circumstances, he laid the foundation for the peace and stability of both Japan and the world, including the efforts to realize a “Free and Open Indo-Pacific (FOIP)”. Amidst this, many countries and regions now support the “FOIP” vision that former Prime Minister Abe began to advocate in 2016, which aims to ensure a rules-based international order in the Indo-Pacific in a comprehensive and transparent manner. As the international order faces significant challenges, this vision is more important than ever before.

My own memories of working with former Prime Minister Abe in the field of diplomacy are many. And especially, in my serving as Director General of the Disarmament, Nonproliferation, and Science Department of the General Foreign Policy Bureau, Ministry of Foreign Affairs of Japan, I learned a great deal from him when we worked together at the Nuclear Security Summit held in Washington, D.C. in 2016. At the Summit, under the theme of “National Initiatives to Improve Nuclear Security”, Mr. Abe expressed his gratitude again for the support from all over the world on the 5th anniversary of Great East Japan Earthquake in 2011 and stated that based on the experience of the accident at TEPCO’s Fukushima Daiichi Nuclear Power Station, we would share the lessons from the accident with the world and expand the knowledge of nuclear safety and accident countermeasures to the world, while actively promoting human resource development, offering support to other countries, and international cooperation regarding safety standards. 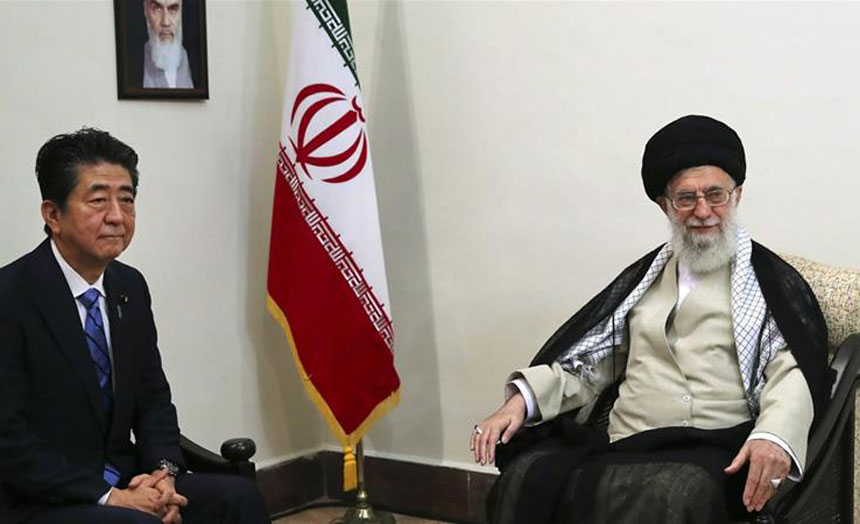 With regard to domestic economic measures, in order to overcome the challenges of the Japanese economy, he proposed a comprehensive policy package so-called “ABENOMICS.” This package consists of “three arrows” (“aggressive monetary policy,” “fiscal consolidation,” and “growth strategy to encourage private investment”) of monetary easing, fiscal mobilization, and growth strategy.

Since the shift to the floating exchange rate system in 1973, the Japanese economy has had a history of experiencing ups and downs in response to the fluctuating rate of the yen, for better or worse, and each time this has led to policy decisions by the Japanese government and the Bank of Japan. It is no exaggeration to say that the history of the Japanese economy is the “fight against the exchange rate”. Despite these circumstances, the results of the “three arrows” policy, especially the “first arrow,” have been the implementation of ultra monetary easing with negative interest rates and quantitative easing through massive and regular purchases of corporate bonds and stocks. By creating a practical scenario for overcoming deflation, expectations for the administration-oriented monetary easing led to weaker yen and higher stock prices, and the improved sentiment boosted consumption from 2013 onward. The introduction of the policy had significant positive impacts on the Japanese economy in a way that the yen weakened and the stock prices rose further after the policy was introduced. In other words, it was the greatest achievement of the “aggressive monetary policy” of ABENOMICS to show the world that monetary policy alone is not effective. In that sense, prices and the economy cannot be improved only through monetary policy. In addition, based on the ABENOMICS concept, various “growth strategy” measures have been sequentially implemented, and reforms have been promoted so that the Japanese economy can strongly turn around in a virtuous circle and people can feel the economic recovery.

He also advocated social reform through innovation and structural reform, the so-called “Society 5.0,” and promoted the realization of a new society that balances economic development and the resolution of social issues by incorporating advanced technologies such as IoT, robotics, artificial intelligence (AI), and big data into all industries and social life.

Finally, the Embassy of Japan in Iran would like to once again express our sincere gratitude for the many words of condolences from various people who love the friendship between Japan and Iran, while praising the many achievements of him during his lifetime. We will continue to carry on his legacy and work together with the Iranian people to further develop the traditional friendly relations between Japan and Iran.