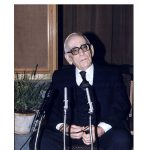 Professor Seyyed Mahmoud Hessabi was born in Tehran, Iran on February 25, 1903.He started his elementary school education from the age of 7 at the French Christians School in Beirut, Lebanon far from his birthplace, burdened with its associated hardships as a young foreigner. His high school years coincided with the outbreak of World War I because of which schools in Lebanon, including his, shut down. After two years of studying at home, he continued his studies at Syrian Protestant College and received his high school Diploma at the tender age of 14.

Professor Hessabi got his first bachelor’s degree in Literature at the age of 17 and went on to add degrees in Civil Engineering, mathematics, astronomy and biology from the American University of Beirut and the French University of Beirut.Blessed with a vigorous scientific spirit, he then travelled to Paris, France and added to his list of degrees with a Bachelor of Electrical Engineering and also a degree in Mining Engineering. Professor Hessabi continued his studies and research in physics at Sorbonne University in Paris and received his PhD in physics in 1927. With a PhD thesis on ” Photoelectric cells sensitivity “. 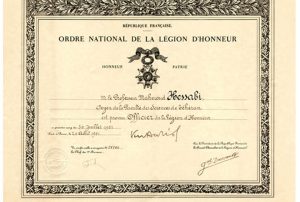 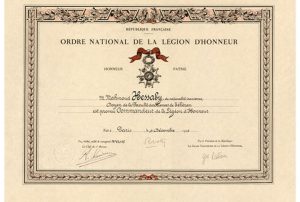 After completing his education, despite excellent research opportunities available to him in Europe and USA, he decided to return to Iran and serve his beloved people. During a career that stretched over more than 60 years, Professor Hessabi accomplished numerous important scientific and cultural feats and played an important role in the development of his native country. The list of Professor Hessabi’s achievements during his fruitful lifetime is a long one. To name a few he:
• Charted the first coastal road map between Persian Gulf ports for Iran’s Ministry of Roads and Transport in 1927
• Established the first weather monitoring station in Iran in 1931
• Installed and operated the first radiology center in Iran in 1931
• Calculated and set Iranian time zone in 1932
• Wrote the Tehran University charter and was founding member of Tehran University in 1934
• Was appointed as the First General Manager of National Iranian Oil Company
• Founded nomad schools in 1951
• Led the opposition efforts for the membership of Iran in CENTO (Baghdad Pact)
• Established the Geophysics Institute of Iran in 1951
• Established Iran’s atomic energy research activities and guided the related tasks
• Set up atomic centers in Iran heading the committees and delegations at international conferences and organizations (such as the IAEA) which led to establishment of Iran’s Atomic Energy Center. 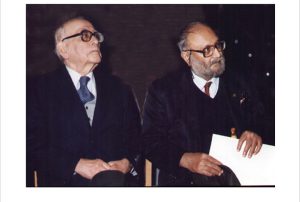 Professor Hessabi continued lecturing at Tehran University for 3 generations of students some of whom went on to become professors at the same institution. He was named Distinguished Professor of Tehran University in 1971. Professor Hessabi wrote 25 research papers, articles and books that have been published by universities such as Princeton and Tehran University where his books were also used as university textbooks. His theory of “Infinitely Extended Particles” is well-known among the world physicists. Professor Hessabi was awarded medals of “Officier de la Legion d’Honneur” in 1951 and “Commandeur de la Legion d’Honneur” in 1956 by the French government. During his many years of scientific research, he had numerous interactions and scientific exchanges with well-known international scientists such as Albert Einstein, Louis De Broglie, Erwin Schrodinger, Max Born, Enrico Fermi, Paul Dirac, Niels Bohr and scholars such as Bertrand Russell and Andre Gide. Professor Hessabi was honored for his invaluable contributions to science at the “60 Years of Physics in Iran” convention and was nominated as ” Father of Modern Physics in Iran” in 1987.
Professor Hessabi passed away on September 3rd , 1992 while under medical care at Geneva Cardiac Hospital. He is buried in his family tomb in Tafresh, Markazi Province in Iran, according to his wish and will.