Iran’s Volleyball: Rising to the Top 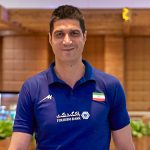 Saeed Rezaei, has 35 years of experience in playing volleyball in Iran and the honor of earning various awards. He started his career in 1986 with mini-volleyball and membership in the national teams of youth and adults, and the Asian Volleyball Championship. Rezaei later went on to participate in the world and Olympic championships and played in Iranian clubs for 18 years and won second and third places with his teams. Rezaei’s championships also extend to Asian clubs with Iran’s Paykan team, as well as two records for best defender on the tour in Asia at a time when Iranian volleyball was not in today’s top shape. The turning point in his career was being invited to play in the Italian Serie A League with Lupi Santa Croce team as a legionnaire in 2001 at a time when very few players from Iran played in other countries.

Rezaei has a master’s degree in physical education and is currently teaching at university-level as a Ph-Ed professor. Aside from his 10 years of coaching experience, and 25 years of continuous presence in the world of volleyball, Rezaei earned the highest coaching rank of the World Federation with a 3rd level international volleyball coaching degree. Rezaei has reaped many honors during his long volleyball career, among which are the following:
Championship of Peykan Club team in the Iranian League, Asian Championship as a member of Omid Team, participation in world championships with the National Student Team and placing as the Asian runner-up, three years coaching for the national men’s team and repeated participations in the World Cup and Asian Championships, qualifying for the 2020 Olympics, as well as winning a bronze medal in the Continental Cup with the National Volleyball Team.

Thank you all so much for giving Trends this exclusive interview. If you were to summarize the state of Iran’s volleyball, how would you describe it?
Iranian volleyball is one of the best group team sports in the country and is considered one of the top 8 teams in the world. This success has been achieved over a 30-year period through proper talent search, long-term management, and expert foreign coaches.
How did Iran become a significant player in international volleyball? What were some of the key milestones achieved and who was responsible for the success? (Government, volleyball federation, coaches, players, sponsors…) 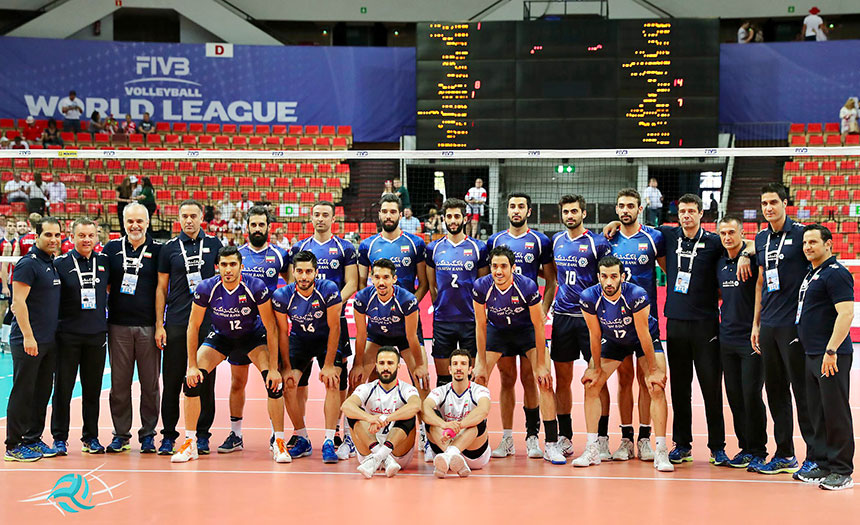 The success of volleyball in Iran and the respect it has gained from international opponents, stem from the team’s relentless efforts and wins in various Asian and world competitions and leagues. The global prestige that Iran’s volleyball team enjoys also comes from its extensive experience and the many trials and errors through which the team earned universal stature. Also, with focus and long-term vision of the federation, the team prepared for qualifying games and various challenging world competitions. Not to be underestimated is the invaluable role that sponsorships played in ironing out any financial roadblocks and laying down favorable conditions for the continued success of the volleyball team to become a reality.

What does it take for Iranian volleyball to maintain its world ranking and achieve even higher status?
A look at the conditions and records of the top teams in the world will show that if a team has been able to remain in the elite rankings of the world for many years it has been because of proper support and planning. So, like other world-class leagues, we should start providing this support from youth team levels and let it become the foundation for the adult team. I should here emphasize that the preparation of youth teams should be based on international standards to allow us to climb to even higher levels of performance in future and to advance our position globally.

The impact of sponsorship on all sports is also very important, and that surely applies to volleyball. Since volleyball in Iran has recently been nationalized and there is no longer any financial impetus for sponsors in a system that does not properly address this shortfall, the situation has become more difficult. Despite all the problems, there are still a few sponsors that have contributed a lot to this sport. Kalleh Club, for instance, has played an important role in this regard by identifying young talents and investing in and training them for many years so that a few of these youth are currently playing for the national team.

What are the key events of the next 2 years for Iran’s volleyball?
The Olympics is one of the most important competitions for the Iranian volleyball team, and it will be an exceptional opportunity for the national team legionnaires who have had the experience of participating in many international competitions to show their potential. Fortunately, this generation of players is in full maturity as far as skills and will have the chance to achieve the best results by using their experience and conditioning. However, given the age of these great players, this may be the last match they will have in the international arena.

How has volleyball been affected by the Covid-19 pandemic considering the proximity between players in on the court? When can we expect for things to go back to normal?
Given the circumstances created by Covid-19 and the postponement of competitions last year to 2021, the most important and sensitive competitions ahead are the League of Volleyball Nations hosted by Italy and more importantly the Olympics, to which Iran will be sending a select group of young players.

The Covid-19 pandemic and the conditions to which it gave rise affected all sports, and volleyball was no exception. As a result, we have been away from world matches and competitions for over a year now. In the meantime, due to the pandemic, the League matches within the country were held under controlled conditions and with the least amount of risk for the athletes’ health. This helped the players to have an opportunity for proper and timely treatments and recovery in case of injury.

What has been the financial impact of the pandemic on sports industry in general?
The spirit and soul of the game of volleyball and its allure are intertwined with the spectators and its fans. And with the pandemic and the absence of spectators in competitions at all levels, followed by diminished advertisements and the financial issues that were naturally created as a result, this sector has also faced problems. As such, we’ve witnessed reduced budgets and a downsizing of staff in clubs, as well as, unfortunately, a decline in the quality of competitions.

What are the opportunities and challenges of volleyball in Iran for the next decade?
One of the important challenges of Iranian volleyball is that for many years unfortunately very few changes have been made in terms of players on the team. There are various reasons for this of course, such as public opinion as well as the high expectations from the team. Other countries have always started injecting younger players into their national teams as a priority in their long-term plans and preparing the new generation to replace the previous one.

Unfortunately, this practice has happened much later for the Iranian national team and has taken place only in the last 3 years with addition of a small number of young players to the league, which has posed inevitable challenges for us. Naturally, with the departure of experienced players, a significant decline will occur. But we have a chance to compensate for the slump by planning, training, and participating in tournaments to increase the experience and confidence levels of our young players. We must learn from the past and not forget this fact: In order to create strong support for experienced legionnaires in the future we must inject younger players at the right time into the national league in order to always maintain a strong team and achieve top ranking in quality games. 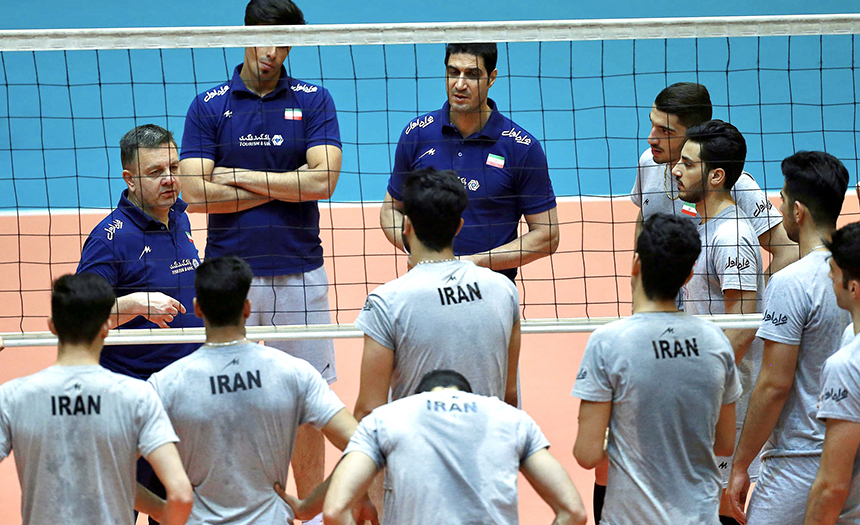 How can parents or school coaches spot talent for volleyball? What are identifiable traits besides obvious physical characteristics such as height?
In addition to physical characteristics such as height and agility, there are other personal skills that are important in spotting talent for volleyball. Information processing intelligence, attention to detail as well as focus and a few other personality attributes are also important for a volleyball player. A volleyball player’s understanding of teamwork and the ability to control anger during a game will be revealed in practice sessions and will make it possible to identify the strengths and weaknesses of players. Also, important parameters in selecting and training a player are visual and auditory memories, competitiveness, and attention to the team’s goals.
Talent search and training should start at 8 to 10 years of age, with more hardcore training continuing in the years between the ages of 14 and 15. Finally at 18, the selected few should be on the right track to put their intelligence and ideal physique on the volleyball court ready to perform at high levels.