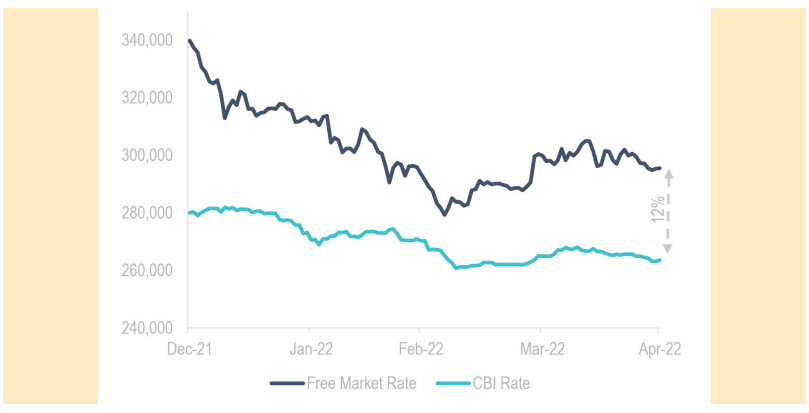 Political developments over April did not resolve the sense of uncertainty for market participants. Nuclear negotiations with global powers stalled in April as Iran and the US were not able to agree on a variety of political issues, including the easing of some of the most biting sanctions on specific Iranian entities. While we are usually hesitant to make any such predictions, we remain cautiously optimistic and expect a compromise agreement to be reached at some point. Sector-wise, the refined petroleum sector was the leading winner and generated a 17% positive performance this past month. 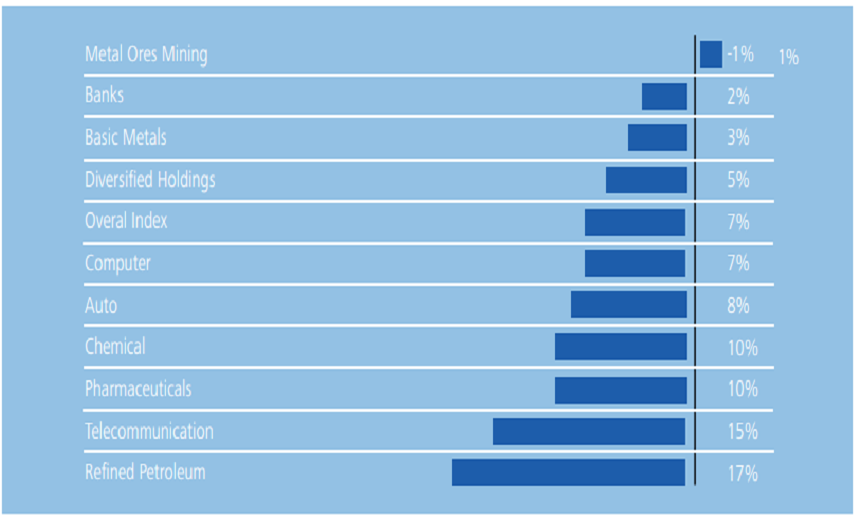 Performance of 10 Largest Sectors in Euro in April

This sector is benefiting from the ongoing boom in fossil fuel prices. We anticipate that oil prices could come under pressure in the short term. This is due to continued COVID lockdowns in China and concerns regarding economic growth worldwide.