The Ins and Outs of the Motorcycle Industry

Majid Rezaei was born in 1977, Tehran, Iran. He had always been interested in developing and establishing his own business, therefore with great passion he continued his studies and acquired a doctoral degree in business. He has been actively working since 1993.

He joined Kavir Motor as their chief strategy and marketing officer, where he has made a huge impact on the motorcycle industry of Iran.

Use of motorcycles in Iran is a long-established tradition, with a large portion of the middle-class using motorcycles to commute to work as well as for short distance travel. Lately however, there seems to be a new client profile emerging, mainly those from the more affluent families who use motorbikes like the Vespa to avoid traffic for short trips inside the city.
What other segments of the population do you see emerging as users of this mode of commute?

In the past, motorcycles were considered a vehicle used primarily by courier and delivery services, or as you mentioned, as a means of commute for some.
Interestingly, over the past few years we have seen a new group of riders entering the market, majority of whom had not used motorcycles previously. This new customer base became interested in motorcycles due to city traffic issues, scarcity of car parking spaces, gas usage and the price surge in cars, and subsequently price increase in auto parts that could sometimes cost as much as a motorcycle! One certain outcome of this diversification in demand is the increase in the number of motorcycle dealerships around Tehran. 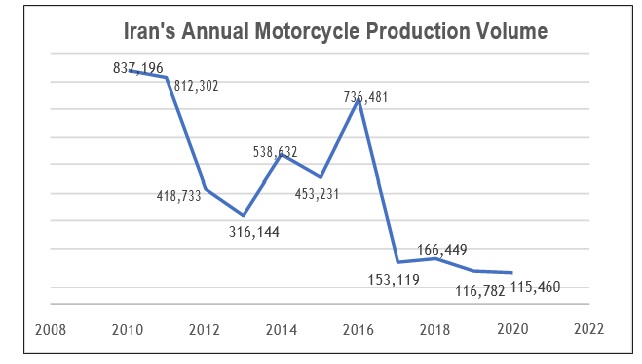 At the same time, another benefit of this new trend has been a decrease in city automobile traffic, overall fuel consumption, as well as a drop in air pollution as more businesses use motorcycles as their main means of transport of good and services when possible.

Could you share some statistics about the volume of demand in the motorcycle industry from the emerging trends in the sector?

In 2016, motorcycles sales accounted for only two percent of the market share for motor vehicles, which increased to three percent the following year, soon shooting up to 11 percent, and today stands at 25 percent. The lion’s share of this growth can be attributed to the new emerging segment of casual “scooter” users, as those who use bikes for their occupation need a more powerful motorcycle to satisfy their transport needs. At Kavir Motor, our focus has been and remains on our corporate slogan, “Distinction in Action,” which means we act differently from our competitors in this field. Our vision, “Changing the society’s vision of motorcycles,” also keeps our focus on community rather than profitability. 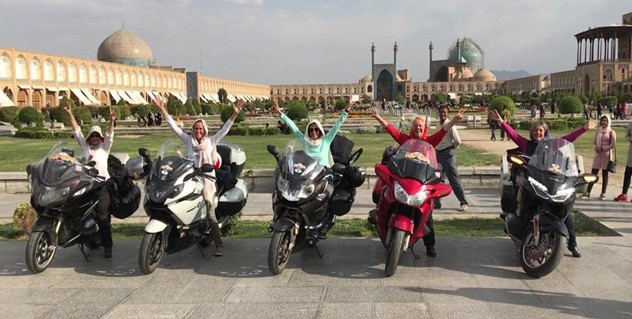 As per our social responsibility, we offer top-of-the-line safety equipment that are mostly imported from European countries such as Italy. The variety in our products allows customers to begin learning about motorcycles and safety early on. We offer various scooters and motorcycles from electric motorbikes to the 50-cc models, all the way up to professional and long-haul rides. 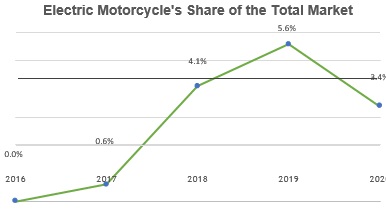 Kavir Motor has invested in producing zero- emission electric vehicles. Tell us about the “smart” motorcycles you carry, and whether they are manufactured in Iran or imported. What are the pros and cons of using them in Iran? What’s the typical profile of a buyer of electric or smart motorcycle?

The main issue we had in the process of production was finding a new technique to increase the battery life in the most efficient way. At the time, the technology did not exist in Iran, but with the help of our Chinese counterparts, we established a factory in Iran to produce electric-motorcycle batteries, which has led to Kavir Motor capturing 62 percent of the e-motorcycle market share. But in general, motorcycles have been produced and assembled domestically for decades.
It is safe to say that the main public segment attracted to e-motorcycles are those who have no prior motorcycle experience and have been car owners.

They can be divided into three demographics: women, the elderly and adolescents whose families have always deemed motorcycles to be too dangerous. Electric-motorcycles are safer and easier to handle for several reasons: their moderate speed, lack of noise pollution associated with regular motorcycles, a smoother ride for beginners, and finally the fact that they do not need as much maintenance as non-electric bikes.
However, there are some downsides to e-motorcycles which could include the difficult accessibility to electricity and charging stations, short battery life, and the low speed and driving range and as I have mentioned above. As a side note, the average e-motorcycle has a top speed of 45 km/h and a battery life range of 45 km, although there are some exceptions. Also, electric motorcycles can be divided into two categories based on their battery types: those using acid-lead batteries and those using lithium-ion batteries. 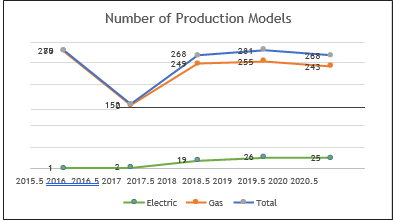 With the large portfolio of foreign brands, have you had any issues with ongoing crises such as sanctions and currency crisis?

We currently work with over 30 companies in different continents. These companies are located in Japan, Taiwan, Thailand, India, China, Sweden, Switzerland, Italy, France, Slovakia and Canada to name a few. We have over 240 motorcycle models, and 60 different bicycles as well as their accessories. Sanctions have been an issue, but during these difficult times, we have tried to maintain our contact with our international partners.

How has the pandemic affected your business? With people using public transportations less frequently, can one expect more demand for alternatives such as motorcycles? On the other hand, remote working dampens demand for all forms of transportation. What are your thoughts on this?

COVID-19 has had an adverse impact on the economy and it will continue affecting all industries. As for the motorcycle industry, we have fortunately seen a surge in the purchase of e-motorcycles and scooters as people try to avoid using public transportations. There is that new customer base too, as we mentioned above, who finds riding motorcycles as a fun outdoor activity!

Motorcyclists are considered among the most dangerous drivers in Iran for not wearing helmets, not respecting driving rules and regulations and even having too many passengers on board.
How do you think one can change the riding culture in Iran and where does Kavir Motor stand in all this?

For the motorcycle culture in Iran, the joining in of a specific segment of the population, namely casual scooter drivers, can play an important role in the promotion of safety.

The increase in scooter ridership has highlighted some interesting facts for us:
We have noticed, for instance, that those using these vehicles tend to obey the traffic and pedestrian laws more strictly, cause fewer issues with respect to overall traffic, and use helmets not only because it is mandatory but also for their own safety.
In addition, these scooters are technically not equipped to perform some of the dangerous maneuvers that other motorcycles are capable of.
Therefore, we at Kavir Motor, think that the introduction of scooters will have a positive impact specifically on Iran’s motorcycle culture, and consequently on city traffic in general.