The establishment of Shahr-e Sukhteh 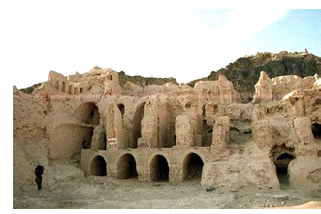 Shahr-e Sukhteh, also spelled Shahr-e Sokhteh, or The Burnt City, is one of the wonders in the ancient world and the largest and the most advanced urban establishments in the southeast of Iran. Founded along the direction of the Hirmand River to Hamun Lake, it is located at the junction of Bronze Age trade routes crossing the Iranian plateau. With more than 5000 years of history, the city was a scientific, industrial, social, cultural and artistic center, with traces of four phases of life up to 1800 BCE. 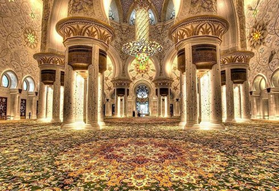 The carpet, manufactured in Iran by the Iran Carpet Company, was created for the Abu Dhabi Sheikh Zayed Mosque mosque in 2007. The carpet, weighing 35 tons, was created in 9 parts and assembled in the mosque. The carpet was originally made to have been around 6,000 square meters, however parts of it had to be taken away in order to fit it onto the floor in the mosque. 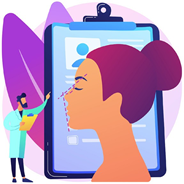 The first two sites to be listed as part of UNESCO‘s World Heritage List, Persepolis and Meidan Emam, located northeast of Shiraz and Esfahan, respectively, were registered in 1979. In 2019, the latest site to be registered was the Hyrcanian Forests which stretch along the southern coast of the Caspian Sea.

Liters of water used by the fashion
industry each year
The fashion industry, after the fuel industry, is the second most polluting and is also the second largest consumer of water worldwide. Around 20 percent of w seawater worldwide comes from fabric dye g and treatment. To produce a single T-shirt out of conventional cotton, 2,700 liter f water is required.
Luckily, there are some companies that have invented ways to reduce the use of energy and water. Color Zen, start up in North Carolina, ensures that the retreatment of conventional cotton makes the dying process faster while using 90 percent less water, 75 percent less energy and 90 percent fewer auxiliary chemicals.

10
of the global carbon emissions is

I produced by the apparel industry
This is more than all the international flights and maritime shipping g combined. The rate increase of I his statistic indicates that the fashion industry’s greenhouse gas emission will increase more than
I 50 percent by 30. For instance, a pair of jeans ends up using 3 7 1 liters of water; this is comparable to the emission of around 33.4 kilograms of carbon
equivalent. In addition, producing 60 b ion kilograms of bricks worldwide requires 1 trillion kilowatt hours electricity.

An average person today buys     percent more items per year compared to 20 years ago, but unfortunately the average lifespan of each piece of clothing i about 5.4 ye , causing enormous amounts of  waste. Out of all the recycled garments, only 1 percent is rec cl into new pieces of clot 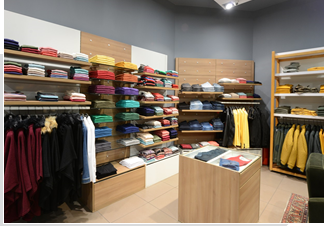 hing, and only 10 percent of clothes in thrift stores are actually s Id. The Ellen MacArthur  Foundation says that b cause of unworn clothing, excluding donated or recycled garments, about 500 billion USD is estimated to be lost in value in the fashion industry.