A Stroll Through Tabrizi Museum of Anthropology

Museums are associated with stronger national, religious, and historical roots in society. This calls for their expansion and preservation to achieve shared cultural objectives through unifying national and international efforts and launching global awareness raising and support campaigns. With Golestan Palace built in the Qajar era as its first museum, Iran has a century old background in establishing museums in the modern sense. Later came the National Museum 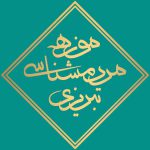 of Iran, beginning in a single classroom in Dar Ul-Fonoon School before being moved to Masoudieh Mansion. Iran is also home to Heritage Sites such as Persepolis and Susa, which boast longer curation backgrounds than many other countries.

Museums are also being founded on significant archeological sites, such as Haft Tepe in Khuzestan, where excavations were pursued in conjunction with the construction of a museum featuring elements of Persian architecture. Private museums, along with public collections, are treasure troves of the country’s history. To date, 171 private museums have been established by private sector investors, mainly housing works, relics, and people’s everyday objects from different eras. These cultural institutions have a pivotal part in promoting a better understanding of people’s traditions, as well as details such as clothing, narratives, and special occasions. 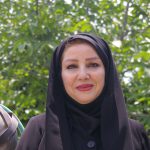 Tabrizi Museum of Anthropology An outstanding private museum in Nowshahr, Tabrizi Museum of Anthropology was licensed by the Ministry of Cultural Heritage and Tourism, and officially founded by Mansoureh Haji Baba Tabrizi in June 2017. The museum, located in Koshk-e Sara village, houses precious cultural and anthropological collections from Mazandaran and other regions in Iran, as well as Iranian ethnic wear. According to Dr. Maryam Altafi, director of Mazandaran Museums, the collections “abound with exquisite taste, colorful cultural diversity and anthropological insight, making it the best of its kind in the region.” 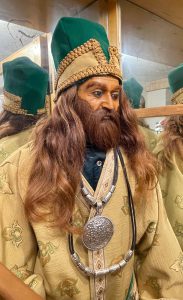 Mansoureh Haji Baba Tabrizi is a sculptor and traditional clothing designer from Tabriz, who developed a passion for doll making as a child. “Although it was not recognized as a profession, I would make dolls using basic tools and materials.” She stated. “Having noticed my interest, my parents encouraged and supported me.” When she was two years old, her father’s job took the family to Mazandaran, where she would spend the next 12 years before relocating to Tehran.

“Despite my Azeri backgrounds, it was living in Mazandaran province that shaped my personality.” She stated. She cites the resulting sense of belonging to this region as a determining factor in choosing the museum location. She strived to “build it in the heart of a large village so that visitors could enjoy the museum while immersing themselves in the village.” After purchasing a small piece of land in the region in 2002, she started the construction of the museum and the sculpture workshop while designing and sewing traditional clothes. The sculptures featured in the museum are of various sizes, some of which she has kept for 30 years.

Portraying symbolic features of different Iranian cities such as Bandar Abbas, Shiraz, Tabriz and Yazd, the pieces are inspired by people. Most of the figures are life-sized, taking visitors on a journey back to their childhoods. “The sculpting procedure begins with molding the face or other parts and ends with making the sculptures using wax.” She explained. “Seeing their sculpted figures, people are impressed by the authenticity of the form.” She stated. During a career that spans over 6 decades, Haji Baba Tabrizi has traveled extensively to live among and draw inspiration from people for each figure and present her observations in her work. She describes the experience of building one of the most eminent tourist attractions in Mazandaran as “a dream come true.”