«Chasing Che»: An Inside Look

Alireza Rofougaran is an Iranian documentary filmmaker. He was a businessman until 2004 when he changed careers to make his first film “Chasing Che”, after translating into Farsi, a biography of the iconic Argentine revolutionary, Ernesto Che Guevara. He has also acted in several motion pictures including the 2016 Oscar-winning film “The Salesman”. We interviewed him at the editorial office about his life transition and the subsequent ripple effects of the Che Guevara project

What made you change careers to become a filmmaker?

Well, I was born into an industrial and business-oriented family, so the world of business seemed to be the correct course of action for me, but if I were to name three things I have always been passionate about, they would have to be traveling, cinema and literature. Curiously, the Che Guevara project offered me a chance to realize all three; I was in my late thirties and I knew if I didn’t take the opportunity, I probably never would! So I completely switched careers. My friends called it a midlife crisis and I am fine with that!

Alright! So why Che Guevara?

Well I had obviously known of Che for most of my life, and I had repeatedly seen that iconic photo that has circled the world many times and has come to be known as a “symbol of the 20th century” which, by the way, is one of the most reproduced images of all time! Anyhow, this photo had been hanging on a wall in my mind for years and, at one point, I realized I really didn’t know much about him. It seemed strange for a personality to be simultaneously so close, yet so mysterious! So I began researching and reading about him extensively.

Tell us about the book you translated.

As I said, I did a lot of research and read different biographies among them, Jon Lee Anderson’s “Che Guevara: A Revolutionary Life.” I realized that in this book, Anderson had lived up to his claim of “separating the man from the myth.” It is neither a demonization of Che, as many of his enemies had done before, nor does it portray him as a saint! And this is precisely what I was interested in, I wanted to know Che as the man he was not as the myth he had become! So after reading the book thoroughly, I decided to share it with the many Farsi-speaking people who may also have been interested in reading about him. Therefore, I began translating the lengthy volume, which took a good year and half and came to over 1000 pages! The book was a success in Iran and it is now in its sixth edition! I also incorporated some of my own findings at the end of every chapter, extracted from the interviews I had conducted with many of Che’s friends and foes during my trips to Europe and Latin America, whilst making the film. 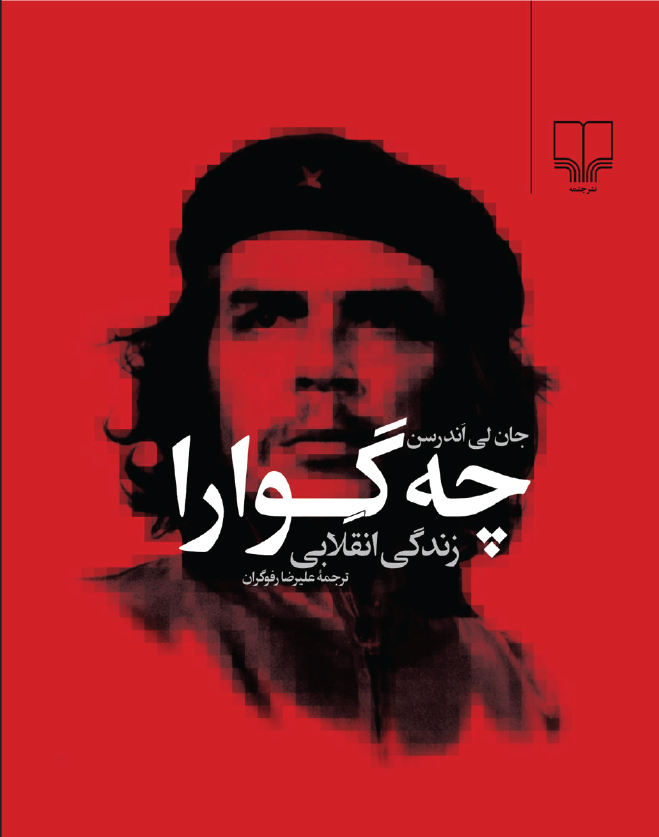 I was about to come to that! How did the translation lead to the making of Chasing Che?

Ok, the book is a classic biography in that it depicts Che’s life from birth to death! While reading it, I became interested in travelling to Latin America − which I had always wanted to do by the way − to follow Che’s footsteps as closely as I could. At the suggestion of a few friends with whom I had shared my plans, I bought a regular home video camera and set off on my journey, recording what I encountered, using the book not only as my main reference for travel but also to retrace the footsteps of Che’s friends and enemies. During these travels, I visited as many places as I could and interviewed many of the characters in the book, who were still alive and willing speak. Ironically and in retrospect, the timing couldn’t have been better! It all wouldn’t have been possible today, because many of them have since passed away.

One aspect that is thoroughly researched in the book and subsequently reflected in my film is the emphasis on Che’s childhood and adolescence. When I met Anderson at his home in England, he explained to me how understanding and knowing the young Ernesto was crucial to the understanding of Che; “I couldn’t know one without understanding the other,” said Anderson.

I also spent time with some of Ernesto’s childhood friends in Argentina and they gave me a first-hand account of the kind of environment in which Ernesto Guevara grew up and how it helped shape him into the famous Guerrillero Heroico we have come to know as El Che.

Tell us about the interviews with Che’s friends and foes. How did you go about it? Apparently you had little to no experience!

Well it all happened out of passion and curiosity, so I wasn’t really conscious of the rules and guidelines of journalism. There was just a lot of interest and persistence.

I’ll give you a couple of examples:

I interviewed a Bolivian army officer in the town of Santa Cruz. His name was Colonel Miguel Ayoroa Montano. He was the commander of the unit that captured Che near the hamlet of La Higuera in East Bolivia. I went to his home one night and he spoke extensively on camera, but since I had forgotten my tripod I asked him for a few books to lift the camera up.

This simple manner of filming with no tripod and with a home video camera appealed to his sense of trust and he revealed information about his interrogations of Che Guevara and his last hours, before he was executed; things he had never said before!

Another interesting interview was in Malmö, Sweden with the Ex-Guerrilla and painter, Ciro Roberto Bustos. Bustos was captured in Bolivia alongside the famous French politician Regis Debray, after visiting Che in his clandestine training camp in East Bolivia.

He was later accused of having revealed Che’s presence in Bolivia because of being under pressure in detention; he drew pictures of Che and some of the Guerrillas. After his release, Bustos returned to Argentina but had to flee his home country and come to Sweden as a refugee, after receiving threats from right-wing groups and also for fear of reprisals from Che’s supporters who considered him a traitor! I had been in touch with him from Iran and he had agreed to meet me in Malmö, but when I called him on arrival and told him I would be coming with a friend, I could sense his hesitancy over the phone. When I showed up at his doorstep he wouldn’t open the door and I spent a few long hours walking on the sidewalk, calling him repeatedly from my mobile phone and wondering what to do!

I finally contacted Jon Lee Anderson, who had befriended Bustos while writing the Che book and whom Bustos greatly admired. Jon Lee gave me a sort of coded message which I left on Bustos’s answering machine. A minute later Bustos came to the door.

How was the film received by the public, here in Iran and abroad?

The film has been screened several times in Tehran by different cinematic institutions and we distributed a DVD version of the film, mainly in bookstores. Unfortunately, it wasn’t well received by domestic film festivals, despite its overwhelming success abroad, with screenings at over 60 international film festivals ranging from Pyongyang to Sydney, all across the Middle East and Europe and ironically, at 22 film festivals in the US alone. It also received several awards and nominations at these events.

You have also been acting in films. Tell us about that!

I have had roles in several films, namely, “The Salesman” by the acclaimed Asghar Farhadi, which won the Oscar for Best Foreign Film at the 2016 Academy awards and also “Meeting Leila” by Adel Yaraghi, who was a student of the late acclaimed director, Abbas Kiarostami and co-wrote the script with him; it is noteworthy, much to my sense of joy and pride, that the scene I was in was actually directed by Kiarostami himself.

Have you continued translating and making films?

I have! I translated a biography of Eva Perón, Evita, whose mythological status in the Western hemisphere compares with Che, but is less known here in Iran.

I came to know more about Evita on my travels to Latin America and the book I translated is also a demythification of the famous First Lady of Argentina.

I am also finishing up a docu-fiction called “Ali Vs. Ali,” on the subject of the late legendary boxer, Muhammad Ali! I have been working on it for the past few years and it should be released within the next couple of months.

I do! I think reading about successful people and watching films about them is a good source of inspiration, it allows us to dream and envision what may otherwise seem less likely or even impossible!

So what’s your next project?

“And this is precisely what I was

I wanted to know Che as the man

not as the myth