The Fifth feature film directed by Niki Karimi does not only confirm her qualities as a filmmaker, already very visible in her previous works but too often underestimated because of the author’s fame as an actress. This new film represents a real breakthrough, important in more ways than one for contemporary Iranian cinema. Based on the screenplay by Herself and Hadi Hedjazifar, who also plays the title role, Niki Karimi’s film achieves several simultaneous and coherent artistic gestures, but on different levels. Atabai is thus, first of all, the portrait of a man, but a portrait “in hollow”, where the main character, who once bore the name that gives the film its title, is neither a hero nor an anti-hero, but a (male) human being all the more alive and endearing because he is composed by touches, through his acts and his lack of acts, the gaze of others, and memories that do not always correspond all together. The script, but even more so the way of filming, makes room for a person inhabited by memories and anxieties, desires and dreams, and who can never be defined by a single explanation or a single character trait. 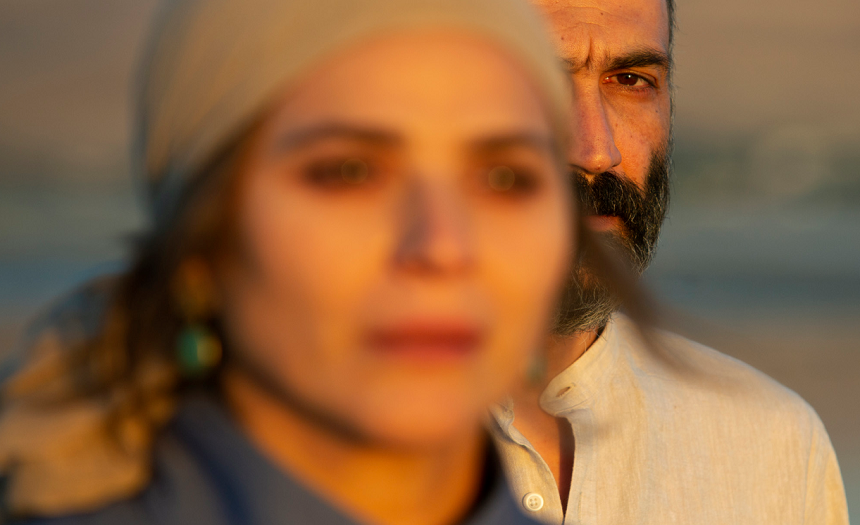 This very rich human figure, which gains in mystery as the film progresses, thus becomes in the very movement of the projection a multi-faceted mirror in which multiple personalities are refracted, with in particular a very rich range of finely drawn female figures, and a sensitive attention to different generations as well as different social classes. These qualities are obviously also carried by the interpretation, in the center of which the writer-actor finds the ways to exist in these games of darkness and contradictory flashes. But the other characters, including the most “secondary”, benefit from a presence that reinforces that, strong but never stabilized, of Kazem / Atabai. These characteristics allow Atabai to achieve this miraculous result: a truly feminine film whose main character is a man.

Above all, as much as the humans, the film offers a particularly powerful and moving presence to the landscapes, thanks to the magnificent images but also to its capacity, very sensitive for a foreign spectator, to mak perceptible the attachment of the Iranians to the garden, in all its dimensions, the most material as well as the most poetic, of this place sung by the greatest artists in Persian language. Here again, the film’s strength lies in the fact that nothing is stated in a frontal manner, but that little by little the viewer is made aware of this relationship between human beings and a space that is at once natural, highly elaborate, a bearer of memory and possibly also of the future. This astonishing combination of lightness and deep emotion, which can sometimes give way to violence, death, and the darkest acts, is deployed thanks to a surprisingly subtle and adapted mise en scène. Indeed, the way of filming as well as the organization of the story unfolds in successive layers, giving access to situations that echo each other without completely completing each other, leaving a large space for the spectator to invest his own emotions.

The delicate touch in the directing is not only of a remarkable elegance, it participates in the process of invocation that allows painful memories to make way inside the present, for what is absent in the actual world. One can speak of cinematographic writing in the most ambitious sense, regarding the composition of the frames, the camera movements, the use of light, the presence of sounds.

In this, Atabai not only testifies to Niki Karimi’s talent as a filmmaker, but also to her inner freedom that enables her to go beyond the mere illustration of an already rich and moving story, and to make her film an invitation to every viewer.