Calligraphy, derived from the Greek word “καλλιγραφία,” is a visual art form related to writing and the art of lines. This term is most likely a combination of the Greek words “kallos,” meaning “beauty” and “graphein,” meaning “writing.” Altogether, these create the artwork of calligraphy. In this unique art, the first notable thing is the feature of visual art. The art of calligraphy must be able to grab the viewers’ attention. The History of Calligraphy Western calligraphy was used and is identifiable in Latin texts. 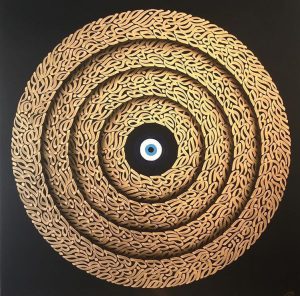 The history of the Latin alphabet goes back to about 600 B.C.E in Rome. At the time of the Roman Empire, Romans made use of calligraphy in their texts which were imperatively counted and carved onto stone, walls and table coverings. When calligraphy made its way to monasteries, it was used in holy books and other religious texts. When the Roman Empire fell from power, calligraphy was still used for many years to come. The reclaiming of calligraphy for modern styles began at the end of the 19th century, affecting the philosophy and aesthetic of artist, William Morris, and the movement of handmade art took place. Calligraphy can be categorized in Western, Islamic, East Asian, South Asian, Iranian and Mayan regions.

In the Middle East and East Asia, calligraphy was one of the main and most important forms of art. Calligraphy in Iran (during the Qajar era) was practiced during the time of Mirza Gholamreza Amirkhani, a calligrapher who used black “nastaliq” (a Persian script with fine curves and round strokes), which took shape and is still popular amongst artists today. 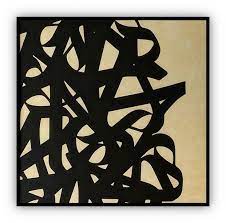 Fazel Shams The impression Fazel Shams has made on calligraphy is well-known. A young and completely self-taught artist, he creates modern decorations and signs out of the writings of other artists. He also improvises his drawings alongside photographs without a writing plan made in advance. One of the most outstanding points ART Fazel Shams in the impressions and induction of modernized and nativist art is that, with one look, you can see the most beautiful shapes imaginable. The unique art form of Fazel Shams and altogether the beauty of calligraphy is in the softness and calm dance of each letter which, in reality, is a form of line composition.

This form of art, in comparison to other artistic impressions, is distinctive with art in the past, and is a memorable creation that has taken shape. The impression of Fazel Shams is reputable, whether in Iran or on an international level, and will soon be exhibited in the Nicolas Flamel gallery in Paris.