In the heart of Iran, the land of priceless treasures and glories of Eastern history, a giant market with 1,700,000 square meters of retail space and 700 enormous commercial units, promises that this region of greater Tehran will have a golden future worthy of sophisticated Iranian people. The attractions of this magnificent tourist destination include an international exhibition center, the Didar spiritual garden, the Eshragh Porch, a summer sports complex, an auto showroom, a luxurious multi-complex movie theater, the Jondishapour Library, the Garden of Nations restaurant with a menu from the four corners of the world, the Fairmont five star hotel, the Mahan Persian garden, an ice skating rink, the Diamond Porch and a 14,000-meter musical fountain.

In the configuration of Iran’s grand mall, “garden” has a broad and basic definition. Mahan and Didar gardens have been a modernized redefinition of Persian gardens over the centuries, providing a pleasant atmosphere with a combination of flowing streams and trees among the gaze of visitors sitting on the porch and the lanai. In these gardens, where they have left behind the crowded city, visitors experience leisurely shopping and enjoy pleasant tea-time under a soft blue sky, with sound of water and aroma of rosewater surrounding them. Eshragh Porch not only mesmerizes visitors by its fascinating dancing lights, but also allows them to marvel at the sunset and sunrise by virtue of a masterpiece of modern engineering. A twelve-cinema complex equipped with state-of-the-art and unique amenities in-line with top of the line movie theaters across the globe, creates an incredible experience of watching the brilliant “seventh art” of filmmaking with the highest quality surround sound systems.

Iran Mall Among the Best

Iran’s new Grand Bazaar, called “Iran Mall,” is one of the largest commercial, cultural and social projects in the world and is located between the two metropolises of Tehran and Karaj in the southern slopes of the Alborz mountains. This enormous complex is surrounded by three major airports of Mehrabad, Payam and Imam Khomeini and is located in northwest of the Greater
Tehran metropolitan area. The Mall is adjacent to Chitgar Forest Park near the Chitgar Lake and at the end of Shahid Hemmat and Shahid Kharazi highways. The complex is built on a large piece of land with an area of more than 317,000 square meters. 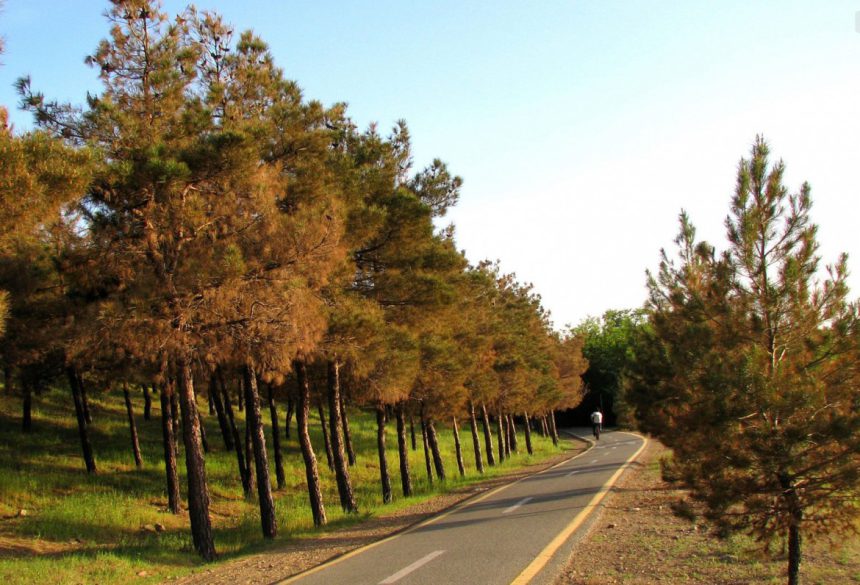 This magnificent structure is the result of multiple factors, including Iranian vision, impetus, and technical-engineering ability in collaboration with local expertise and Iranian artisans’ efforts with sponsorship of the government of the Islamic Republic of Iran. This is a modern national asset created for the current and future generations of Iranian people. The grand opening ceremony of the complex was held on the International Workers’ Day in April of 2019, which also coincided with the birth of Hazrat Vali-e-Asr, the twelfth Shiite Imam. It was a glorious event for the VIP and was attended by the most famous and well-known luminaries in the fields of economics, culture, trade and media.

The original idea for the development of this project came from the well-known Iranian architect, business activist, entrepreneur and engineer Ali Ansari. Dr. Ansari accomplished this colossal undertaking in spite of all the general difficulties and
roadblocks during Iran sanctions by the international community, and he made all Iranians proud. 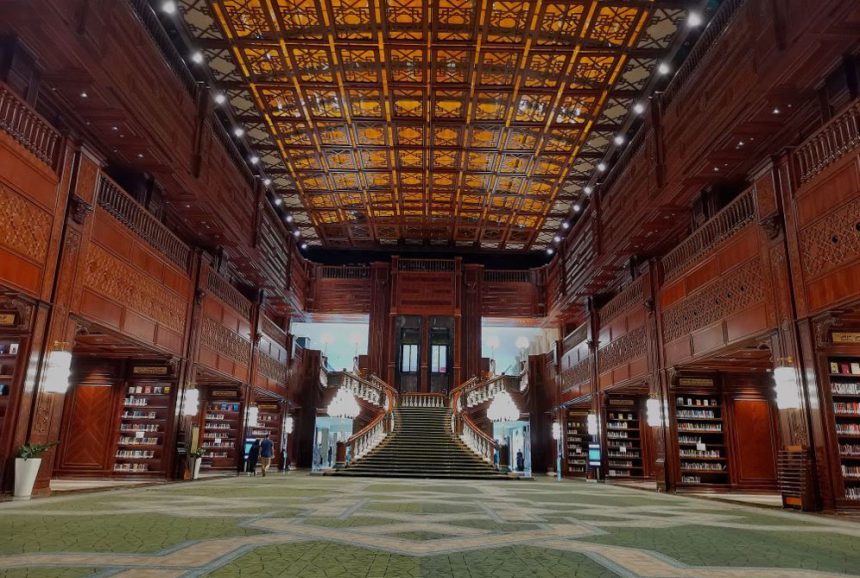 After extensive technical, economic, and financial feasibility studies, it was important to decide on a viable location for a complex of this size. It made sense to build the Mall near Iran’s capital city of Tehran, and the fact that Karaj, another metropolis with a large population, was only 30 kilometers away, made pinpointing a location between these two metropolises a
clear choice. The area, District 22.

in the outskirts of Tehran on the map, additionally benefitted from accessibility to and from surrounding cities with the Tehran-Karaj Freeway and the Tehran-North Highway
close by. This latter highway, which is still under construction, is slated to be the main traffic artery of the country connecting it from north to south and becoming a major route facilitating travel in Iran.

Over the years, District 22 located in the west side of greater Tehran has become a center of scientific research companies and labs. Due to its vicinity to Tehran and its better quality of air, the area has also attracted visitors and city dwellers in search for weekend leisure and picnic fun. But city planners from even other parts of the country, together with government agencies have seen more potential in the area.
Urban planning and development for this significantly large district located in such prime area between two metropolises of Tehran and Karaj have been in the works since 2011. With homes for employees of companies and research labs, and even those seeking less polluted air for where they call home, and entertainment facilities for weekend visitors in search of natural surroundings and parks, it is estimated that District 22 can grow to a town of approximately 500,000 residents with an additional 450,000 holiday and weekend visitors by 2021.
City and urban planners have come together with architects these past several years to respond and better serve this surge of future new dwellers of District 22.
Municipal agencies are also working with various organizations and authorities to ensure an integrated and well-coordinated brand-new township with a variety of needs and requirements. They understand that a new city is spawning around a dynamic scientific sector of the country, with an educated and skilled workforce as its new inhabitants. Outlining and implementing significant projects that meet the educational, medical, cultural, and other essential service needs of its residents is not the only challenge facing the urban planners and municipal authorities. They have also committed to provide other professional job opportunities as well as further developing leisure spaces for the holiday and weekend visitors with the aim of transforming District 22 into one of the prime areas of attraction and allure for people from all walks of life.  There has been no lack of interest from investors for District 22. In fact, both private investors and government agencies have shown great interest in partnering for financing of projects in the area. The fact that the district is in the proximity of major highways with easy access to not only metropolises of Tehran and Karaj, but also other major cities in Iran, has made it a desirable investment opportunity that will enhance its chances of becoming a new center of economic development.

In today’s world and with the current economic recession in many countries, banks enter the market directly and without proxy as to reduce investment risks. Around the world there are entrepreneurs and businesspeople with knowledge and expertise to pursue an original idea. Most often their greatest challenge is attracting financial resources and meeting regulatory requirements and statutory regulations for larger projects, such as the Iran Mall.

Moreover, private investors as financial sources of funding can prove inadequate, and as such, entrepreneurs will turn to banks for financing of their projects.
Ayandeh Bank was founded by merger of several institutions, corporations, and banks. Each of these financial institutions had existing investments in separate projects, and one such project was the Iran Mall deal. Once the merger finalized under the Ayandeh Bank umbrella, the bank became the main investor in that project. Most commercial complexes either focus on entertainment ventures or the retail aspects of business, but the Iran Mall project encompassed
the entire array of the retail sector alongside the unexpected chance of enjoying peace and quiet of nature.

Ayandeh Bank, as one of the largest and most successful private banks with more than 17,000 shareholders, hires 3,900 skilled personnel and services over 3.5 million customers from general public to corporate entities. With a strategy for an effective as well as efficient presence in the commercial, institutional, micro, and private banking services, and benefiting from the latest information and communication technologies, Ayandeh Bank has 200 active branches across the country. Iran Mall project was funded and sponsored by Ayandeh Bank, but it is a nationalized enterprise. As such, all commercial and retail spaces remain under the ownership of the bank and are not transferrable as a whole or in part. Units and components of the Mall are either rented to private entrepreneurs, or the bank gets a share of the revenues from the commercial space. As a nationalized entity, Iran Mall belongs to the people of Iran who are the ultimate beneficiaries of this grand vision. During the construction phase, the Iran Mall project provided full time employment for over 20,000 people for six years. Since its opening to the public, the Mall has provided 18,000 on-site fulltime employment opportunities and more than 100,000 ancillary jobs and services. With significant positive impact on addressing
the problem of unemployment in Iran and by helping to create the requisite infrastructure for further investment, Iran Mall is poised to be at the forefront of a strong and dynamic economy. Furthermore, by averting the outflow of international currencies along with drawing tourists from all over the world, the Mall is guaranteed to be a promising economic magnet in the region.

Iran Mall was represented at the MAPIC (Le Marché International Professionnel de L’Implantation Commerciale et de La Distribution), the world’s most prestigious shopping mall exhibition, which is held every year in Cannes, France.
It has also been selected as the most significant commercial and multi- purpose complex in the Middle East for three consecutive years by World Retail and Leisure International (RLI). This magnificent complex was lauded to the international community in various magazines and brochures of MAPIC and RLI, and in 2017 became the recipient
of the RLI award for the best mall in the world in terms of size, scope of services, and variety of cultural and entertainment venues.

What differentiates the Iran Mall from similar multipurpose complexes elsewhere in the world is that retail and shopping stores and concessions comprise only 30% of its area, leaving the majority of the Mall area for recreational activities, cultural venues, tourist attractions, religious observances, sports activities, leisure and of course parking. 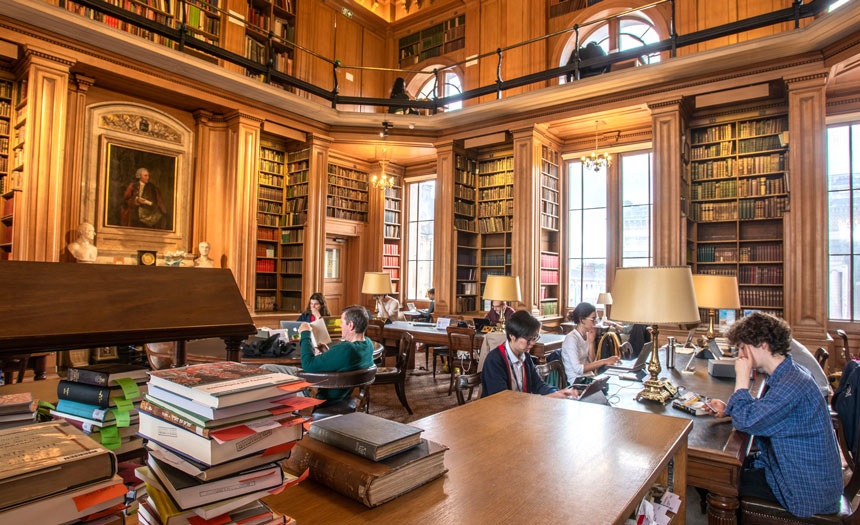 Jondishapour is a familiar name for history lovers and also a magnificent library with the beautiful interior wood work that mesmerizes any visitor. The library has an area of more than 3,300 square meters and is considered the cultural heart of Iran Mall. This library offers tens of thousands of exquisite books, that help to promote Iranian culture.  Jondishapour in addition to acting as a traditional library, has the capability and plans to hold events such as unveiling of books, cultural meetings, art and philosophical gatherings and much more. The library was inspired by the Oxford University Library, located in the UK with the interior being constructed completely out of wood, utilizing the art of Iranian architecture. Having this magnificent library in Iran Mall showcases the greatness of Iranian culture an art.