Professor Hessabi Museum and Foundation-Culture and Science under One Roof

Professor Hessabi Museum and Foundation is located at the late professor’s residence in northern Tehran and has about 68,000 visitors during the academic year.Visitors to the museum are from all ages and walks of life and include students, teachers and professors, as well as high ranking government officials and laypersons of all backgrounds. Professor Hessabi’s museum includes a mobile unit which, despite all difficulties of maintaining such an entity, has turned into a model exhibit in provinces far from its base in Tehran.
Professor Hessabi’s eldest son, Iraj has been the custodian of his father’s legacy and his continued presence and oversight in the last 30 years has turned the museum into a success story to be shared by all. 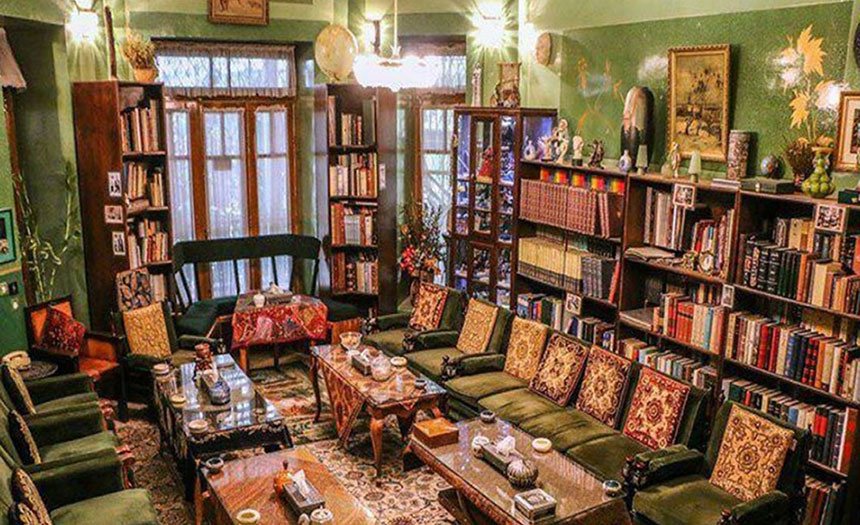 The long career Professor Hessabi stretched over decades of service to his country when he represented Iran in numerous capacities around the world: He was, for 28 years, the only representative of Iran in conferences on atomic energy around the globe, and he spent 12 years as Iran delegate to conferences on space, and 8 years at conventions on climate change affecting earth’s ozone layer. Interestingly, and in character with his diverse range of interests, while shouldering such critical responsibilities for his country on the international scene, Professor Hessabi brought back with him souvenirs from his travels. These were rare plants which he planted in his garden at home and soon turned into a botanic garden with a variety of plants, some unique to his collection. 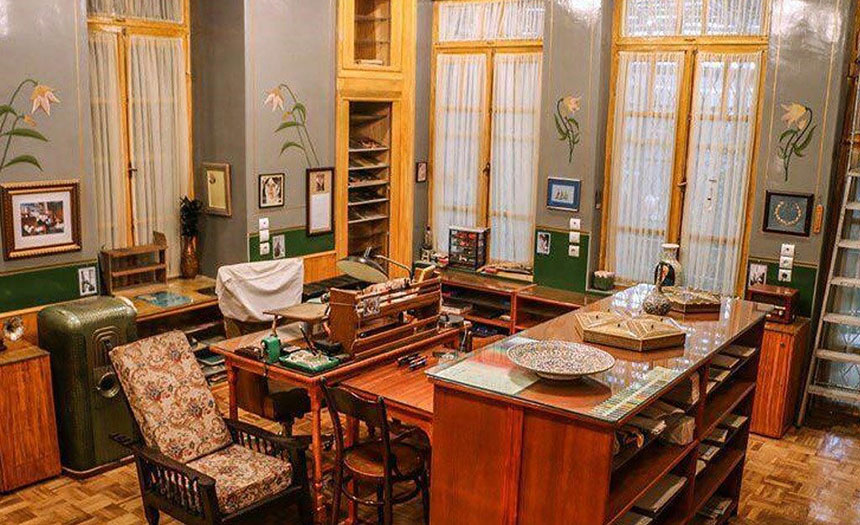 Professor Hessabi and his wife, Ms. Haeri, collected many species of birds and animals over a 60-year timespan. These included birds like finches and peacocks and animals like deer and rabbits which they considered divine creations for which they cared with devotion and love as they multiplied and increased in numbers in their garden. They even conducted classes and educational courses on how to care and tend to such beautiful creatures. According to Professor Hessabi, “If our children learn how to care of a tree, plant or animal, they will be able to treat their fellow human beings well in the future.” 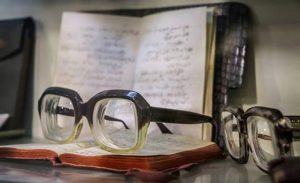 Professor Hessabi provided his foundation with state-of-the-art equipment, and at his directive, for years, even after his passing in 1992, free educational workshops and seminars have been conducted for all ages on a variety of subjects and on a range of scientific topics.
The Hessabi Foundation is home to the Professor’s extensive research documents over his prolific scientific life as well as his rich travel logs. This fertile trove of research archives that include tens of thousands of pages of priceless scientific analyses and explorations has served as a scholarly means for instructional purposes for many young and eager minds. 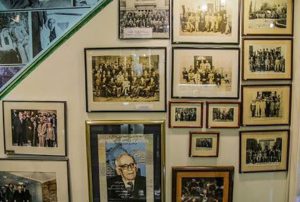 Essays, articles and books of Professor Hessabi, along with his interviews with students, friends and colleagues have been assembled recently and are ready for publication. It is anticipated that the publication of these documents will further enhance the prominence enjoyed by Professor Hessabi.
Professor Hessabi established many scientific groups and laid the grounds for numerous tribal organizations such as the Tafreshi, Farahani, Ashtiani, Baboli, and Yazdi associations which each engage in cultural affairs of their respective representative people. He is also credited with organizing a few university alumni associations one of which was for the alumni of the Faculty of Engineering of the University of Tehran with 23,000 members (several of whom are currently serving in government positions). Professor Hessabi is remembered affectionately and with great respect at all these organizations which he founded with shear love and dedication.

Another valuable asset at the Hessabi Museum and Foundation is the collection of books in a wide range of fields from scientific and engineering to medicine, law, philosophy, history, geography, space, astronomy, and even religious studies. This collection of almost 27 thousand recently catalogued volumes adorns the library of Professor Hessabi’s residence-turned museum and is considered an exceptional cultural treasure both in terms of content as well as volume for a home library. It is recounted that after a visit to Professor Hessabi’s library, one of the leading scientists visiting Iran under a UNESCO delegation commented that the Islamic Republic of Iran has taken science to people’s homes!

for reading more about professor Hessabi’s life, you can see the article which is provided here for you.