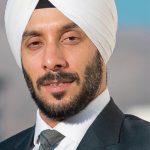 Simmer Sawhney is an entrepreneur and businessman who grew up in Iran and is the third generation of his family to reside in Iran. His grandfather came from India to Iran as a soldier, fell in love with the country and decided to stay. He established one of the first logistical companies in Esfahan, naming it “Garaj-e Hend.” Having finished his high school at Tehran International School, Sawhney went on to pursue his graduate and post-graduate degrees in England and graduated from the prestigious Cass Business School in London with a masters in Logistics, Trade and Finance. After moving back to Iran to take over the family company which was involved in infrastructural projects, Sawhney decided to venture into steel manufacturing and in 2014 became the majority shareholder and managing director of Kavir Steel Cooperative. Kavir Steel Cooperative of Ardestan has the capacity of 120,000 metric tons of sponge iron, 16 megawatts of power generation utilizing Waste Heat Recovery Boiler and 120,000 tons of Steel Billet manufacturing, and is one of the few companies which are involved in coal-based sponge iron production and intends to be manufacturing at full capacity by mid-2020.

Simmer Sawhney, thank you so much for giving Trends this exclusive interview despite your busy schedule, we are very grateful. Please introduce yourself and tell us more about the coal-based steel manufacturing project you’re involved in.

I am a foreign investor of Indian descent in Iran and the managing director of Kavir Steel Cooperative. Kavir Steel Cooperative is among the first sponge iron manufacturing facilities in Iran utilizing SL/RN technology. The SL/RN, or Rotary Kiln, is a way of manufacturing the raw material needed for the steel industry namely sponge iron (DRI- Direct Reduced Iron) by reducing it using coal. We are based in Ardestan, Esfahan.

Coal-based production of sponge iron using a Rotary Kiln is a German technology that has been modified in India. The attraction towards this sort of production is firstly that it uses iron ore hematite and thermal coal; both items are available in Iran but are not used in any other industries. Secondly, the initial capital expenditure required is significantly less than other DRI methods such as MIDREX.

If you were to summarize the state of affairs in Iran’s steel industry, how would you describe it? What are the opportunities and challenges?

Steel is a commodity and its price is set globally. In light of this, the domestic sales price has been on an upward trajectory. Share prices of most domestic steel manufacturers at Tehran Stock Exchange have shown significant gains over the past year and have been one of the driving forces for the upward trajectory of the TSE.

Currently, Iran has a competitive advantage in production due to the industrial energy rates, which is the primary influence on production cost.

Current industrial power usage rates are the lowest in the region and are a quarter of the rates in India. Labor costs are also significantly low and raw materials for production are mostly available domestically.

The opportunity is significant but the major challenges, as with most other industries in Iran, are barriers to exports which include banking channels and exchange rate complications. 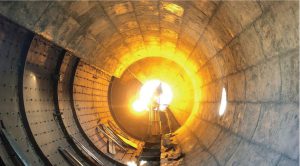 Despite the massive potential between Iran and India, there seem to be very little going on between the two countries when it comes to investment, trade and industrial cooperation. Why is that?

India has been traditionally interested in the oil and gas sector. In the current state of affairs, this trade has been limited due to political lobbying against Iran. The potential is immense, but in my view, there are certain barriers for improving trade relations between the two countries, particularly with the overall perceived risk of doing business with Iran and Iran’s reliance on China and Chinese products.

As someone who is of Indian origin but raised in Iran with deep roots in both countries, how do you think entrepreneurs and business leaders from both sides can address the aforementioned issues?

Unfortunately, the general attitude towards Iran has been one of “wait and see.” With the increased pressure and threats from the US towards anyone interested in certain sectors in Iran, including oil, gas and now steel, Iran is seen as a high risk option. Furthermore, this and other factors have led to increased volatility within Iran, drastically affecting the exchange rate, hence business projections. I believe business leaders can potentially be drawn to initiate potential projects; the objective should be to seek increased stability within Iran. Only then, projections, business models, and returns on investment can be reliable and attractive for investors. Easing of bilateral trade barriers and tariffs can help in this regard. If at a governmental level there is consistent incentive to increase trade and investment, it will be very much possible.

Iran seems to be one of the key countries in India’s longterm strategic plan for West Asia and MENA. Can the two countries achieve anything tangible in terms of joint investment in projects like the Chabahar Port any time soon and given the current “Maximum Pressure” policy imposed on Iran by the US?

The potential there is immense. It just remains to be seen how a general atmosphere of stability and improving bilateral trade can be established. In terms of Chabahar, it is significantly important for the Indian government in terms of trade and providing a platform of geopolitical influence in the region since it is exempt from US sanctions for reconstruction assistance and economic development for Afghanistan.

This is especially because the Chinese have constructed the Gwadar Port in Southern Pakistan that will serve as the trade nerve center for China. Again, what can be seen and the possibilities for a port such as Chabahar are very attractive, especially if the trade terms can be enhanced and tax incentives can be promoted for manufacturers located in and around that area to have access to markets of both countries. If such a structure can be obtained the possibilities are immense.

Your steel plant seems to be the first coal-based project in Iran. Why has coal not been used in similar projects in the past? What about environmental concerns with anything coal-based?

The reason coal has not been used in the past is the increased reliance of Iran on other fuels. Gas reserves are immense and most technologies that have been introduced to Iran are oil and gas-based. This predominant reliance on oil and gas has not required investigation in coal. Iran currently has almost no use for thermal coal, therefore it has limited mining activity. There is demand for coking coal which is exported. However, thermal coal has very limited usage but is immensely available in mine reservoirs.

As far as the environment is concerned, we have modified the technology so that the heat and gases generated from reduction of iron ore are utilized in generating electricity, using WHRB, or Waste Heat Recovery Boiler. During the first phase of our production we will generate approximately 16 megawatts of power using this technology which will make us the largest waste heat recovery power plants in Iran.

Apart from this, we are utilizing advance scrubbers for all pollutants which brings us down well below the required PPM of Iran’s steel industry. 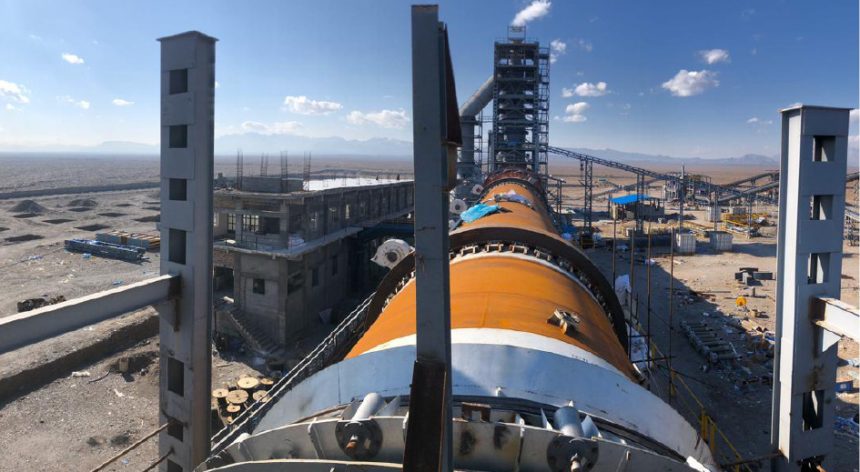 What does it take, in your opinion, for Iran to further develop its steel sector, despite the US sanctions?

We live in a time in history where trade and global interaction are increasingly important for the progress of any nation. Becoming self-reliant is always a priority if there is competitive advantage in certain manufacturing sectors, but once that has been achieved the only way to expand is through trade. With Iran’s steel industry, it is very much the same. It intends to achieve 50 million tons in production annually by 2025, which will not only cover most of Iran’s requirements, but also allow the steel industry to seek competitive advantage in particular products globally. This in turn will allow for possibilities of further growth.

How do you describe or rate the legal system in Iran, especially with regards to foreign investment?

Iran’s legal system and its authority for foreign investment has been very supportive of foreign investors. They provide specialized services such as a three-year resident permit for foreign investors without the requirements of an exit visa every time one intends to leave. Many of your readers might not be aware of this, but Iran has a very interesting regulation of obligating most foreigners to seek an exit visa every time they want to leave the country. This, thankfully, is not levied on foreign investors. Also, this authority provides the possibility of repatriation of the principle amount of funds that have been brought into Iran along with profits earned through a special permission and coordination with the Central Bank of Iran.

How hard has it been for you to secure local financing of your project? What advice do you have for local authorities such as investment organizations, CBI, etc.?

Financing in Iran is a very interesting practice. Interest rates of 18 to 20 percent on loans are very unattractive for industries. There are specialized institutions which provide loans at a lower rate for particular industries but the procedures are long and complicated.

My only advice and request from authorities would be to seek much more efficient routes to promoting business models and industries. There is certain amount of bureaucracy and barriers to entry which can make the processes tedious and lengthy, to which I would recommend that the private sector be more involved and private consultants be more active in reducing the time and energy that is required to get business initiatives up and running.

As an Indian investor in Iran, what would your advice be to others who are considering Iran as an investment destination? What are the pros and cons? What would you describe as key success factors in this country?

I grew up in Iran and have always been fascinated by the culture and the people and I had a certain affinity to come back after I had left for my higher education. My advice would not be limited to Indian investors, as I believe there’s a lot of uncharted spaces that can be utilized only if certain parameters such as security, stability, promotion for investment, trade incentives, reduced barriers and reduced risk can be achieved.

The pros and cons of investment in Iran I think can both be shown in the closed or semi-closed economy that has prevailed over the last 20 years. The disadvantage of this is that it has led to all those factors that I have described such as lack of security, lack of stability, etc., but the advantage of this is that it provides a very large vacuum for catching up to the rest of the world. We have seen this in various different industries. Business models and technological advances that have proven successful outside Iran have a lapse of time before they are implemented in Iran. Companies like DigiKala and Snapp have introduced the business models of Amazon and Uber possibly 10 to 15 years after the success of these global companies. This lapse is shorter in other nations and allows for tried and tested formulas to be implemented domestically with ample opportunity.